iFixit has completed a full teardown of the 2013 MacBook Air and overall, nothing major internally has changed compared to 2012 models aside from the following: 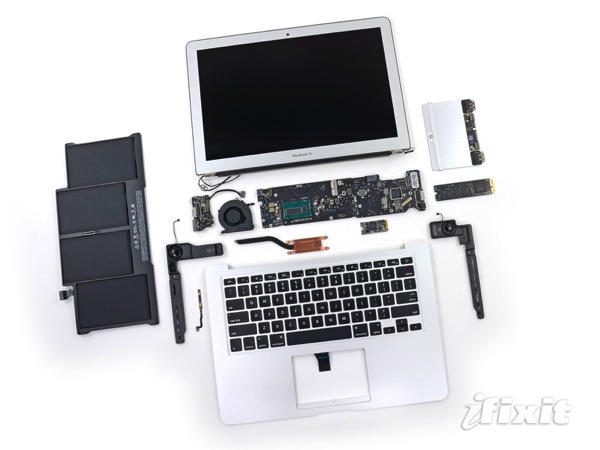 The iFixit team notes in order for Apple to boost the speed of its flash storage by “up to 45%”, the company implemented the following, via Samsung:

On the outside, everything is mostly the same including the model number (A1466) but the addition of two ports on the left side to accommodate new dual microphones.

The repairability scale scored the same as the 2012 Air, coming in at 4 out of 10. Below is a full video overview of the teardown: