iFixit has dismantled Apple’s 2020 MacBook Air, revealing what’s hidden inside the laptop and what are the differences compared to its predecessor.

Aside from the 2020 MacBook Air now gaining the scissor-switch keyboard which came back to life in the 16-inch MacBook Pro, iFixit says the new keyboard has added a half millimetre to the thick side of the MacBook Air, sloping from 16.1 mm to 4.1 mm. 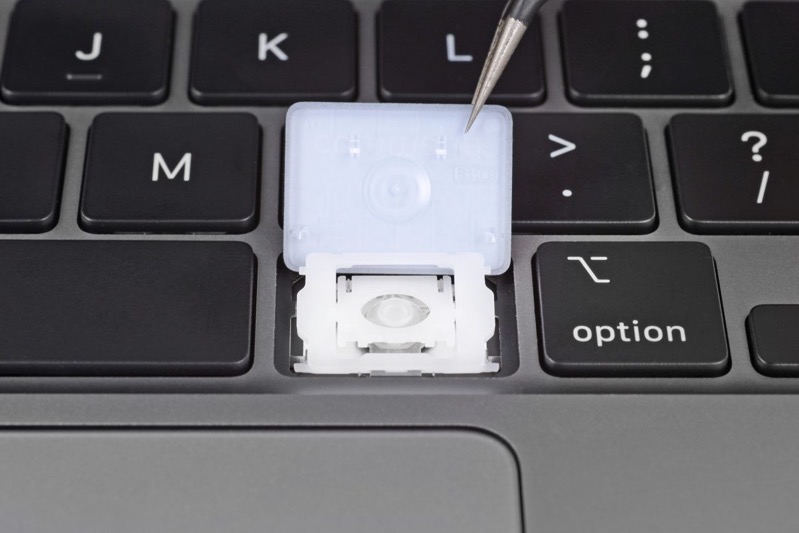 The new Magic Keyboard is still built into the top case so if you need service, a full teardown is required. Also built in is soldered is the SSD and RAM, which iFixit says is “a real bummer in a laptop at this price point.”

Beneath the cover of the MacBook Air is now a larger heatsink over the CPU, plus a new cable setup between the trackpad and logic board. Speakers are now held in place with screws.

As for the new trackpad cable setup, it can now be disconnected once the back cover comes off, whereas previously they were underneath the logic board. iFixit says, “and since the battery rests under these same cables, this new configuration also greatly speeds up battery removal by leaving the logic board in place.” 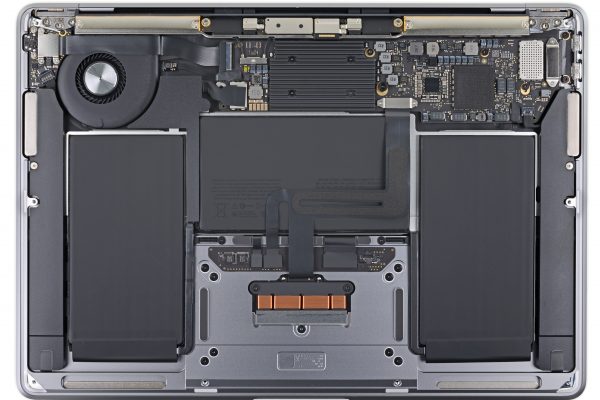 Other components are modular and made much easier to access, specifically the fan, speakers and ports. “Apart from the pesky pentalobe screws, the MacBook Air opens about as easily as any,” says iFixit.

The battery in the 2020 MacBook Air is the same model number as last year’s model, and spec-wise as well.

Overall, the 2020 MacBook Air received a repairability score of 4 out of 10 from iFixit (10 being the highest).

The new MacBook Air is available on Apple.ca starting at $1299 in Canada.