When Apple unveiled their new Mac Pro at WWDC, the new tower came with a striking design, aimed at increasing air flow to keep the computer cool.

Many thought the design resembled a cheese grater and now IKEA Bulgaria has jumped on the opportunity to poke fun at Apple and the Mac Pro.

The IKEA cheese grater comes with name “iDEALISK”, sporting a lowercase “i” at the front of its name (like Apple’s product marketing), along with the tagline, “Designed for apples”, but with an affordable price tag of $2.30 USD. 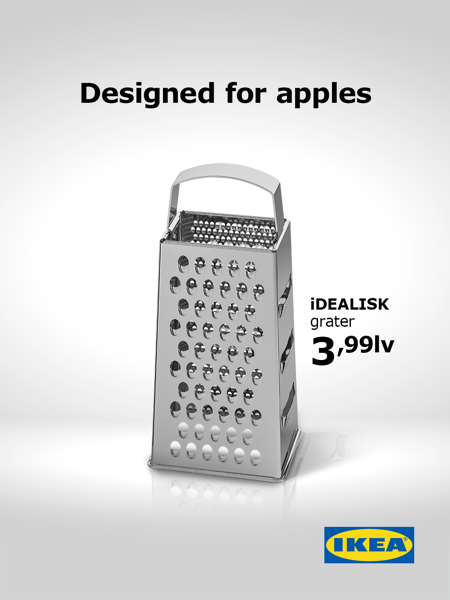 The ad was from agency The Smarts, who shared the image from their Facebook page. Commenters started to chime in on the post with their own IKEA and Mac Pro images, such as this one below: 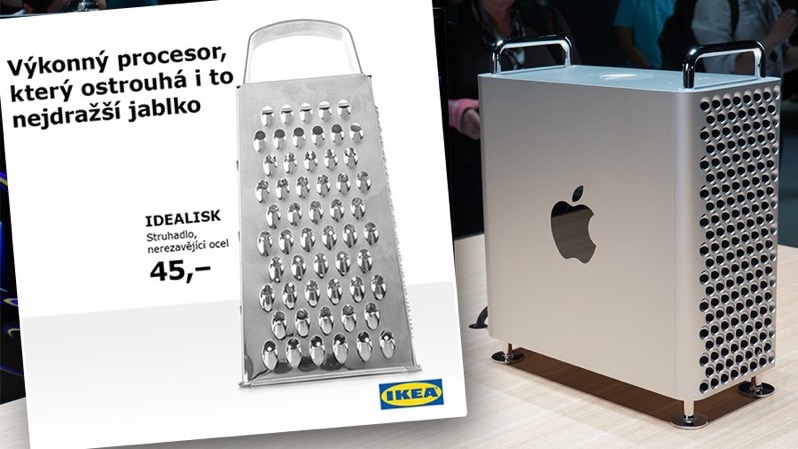 Apple’s Mac Pro is scheduled to launch this fall, most likely in September. The computer starts at $5,999 USD, while the new Pro Display XDR starts at $4,999 USD with an optional stand for $999 USD. The three of these combined works out to about $16,000 Canadian dollars. There’s still no word on Canadian pricing for the Mac Pro.

Apple has not posted the Mac Pro on its Canadian website yet, which may suggest different launch timelines.

[via Ads of the World]