Apple has announced their new 7.9″ iPad mini and pre-orders start this Friday, October 26th for the Wi-Fi version, with the price starting at $329 for the 16GB version.

US pricing so far:

The launch takes place a week later on November 2nd, and includes Canada. The rollout is quite aggressive as it includes a tonne of countries at the start: 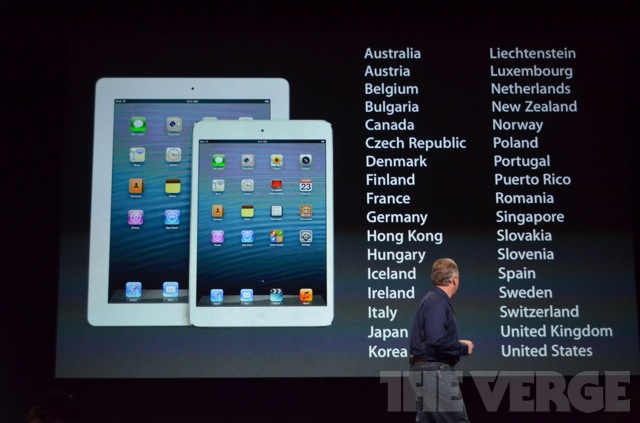