With analyst claims stating that the second-generation iPad has been delayed until June 2011, Business Insider now reports that FBR Capital Markets analyst Craig Berger predicts that the iPhone 5 may be delayed until September 2011.

Berger writes, “For the iPhone 5, we continue to hear that a July launch is unlikely, with various casing suppliers and touch suppliers still ramping up, with some chip vendors not having yet received firm iPhone 5 orders, and with other sockets like the image sensor (most likely going to Omnivision exclusively, but with some potential for Sony to split that socket) still in flux. Given these factors, we think a September launch is more likely, off from Apple’s traditional iPhone launch schedule, but giving the firm more time to enhance its next-generation instant communications on the phone.”

If true, this release date will be a shock to iPhone owners, as since 2007 Apple has released a new iPhone every summer in either June or July. A September release would extend the annual cycle for the iPhone and possibly interfere with Apple’s annual September iPod event.

Speaking of annual cycles, one main difference with the iPhone this year was the mid-cycle introduction of the Verizon CDMA iPhone in February 2011. It is unknown if this mid-cycle release will affect the GSM iPhone release cycle or if the CDMA release will remain a USA-only product.

In either case, the CDMA iPhone release cycle (February to February) could potentially offer a way for Apple to extend the life of the device.

What do you think? Will the iPhone we’ve been waiting for be delayed until September 2011? 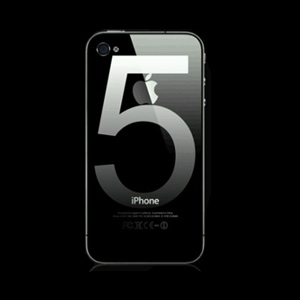 In a recently published YouTube video, the teardown experts at iFixit worked their magic on Apple's new M2 MacBook Air. Apple launched its redesigned 13.6-inch M2 MacBook Air last week. We already got a look at how compact and tightly packed the main logic board is in YouTuber Max Tech's teardown of the M2 MacBook...
Nehal Malik
2 weeks ago