OpenEmu, the open source multiple video game emulator for OS X, has finally been released as a free download, combining some of the best emulation projects together into one beautiful unified application that neatly organizes your personal games library (via MacRumors). The emulator allows multiple ROMs to be played at once, while also providing OpenGL scaling, multithreaded playback, game save and gamepad support. 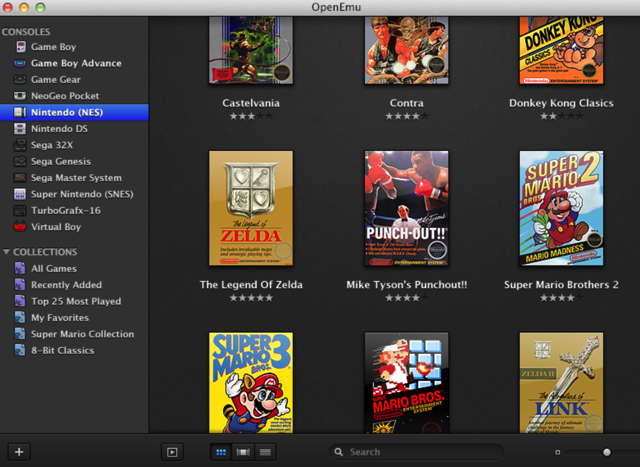 OpenEmu, that has been designed from the ground up for OS X, can emulate the hardware of several different consoles, including 16-bit systems like the Game Boy, GameBoy Color, Game Boy Advance, Game Gear, NeoGeo Pocket, Nintendo Entertainment System, Sega Genesis, and Super Nintendo, among others. It supports multiple controllers, including controllers from Nintendo, Xbox, and PlayStation, as well as gamepads from Gravis, Logitech, and more.

“For the first time, the ‘It just works’ philosophy now extends to open source video game emulation on the Mac. With OpenEmu, it is extremely easy to add, browse, organize and with a compatible gamepad, play those favorite games (ROMs) you already own.

We combine some of the best emulation projects together into one beautiful unified application that simply organizes your personal games library. Watch as you drop in backups of your games (ROMs) & they are gracefully added to their appropriate library along with original box art!”

You can download OpenEmu 1.0 for free at this link.