Earlier today Apple introduced a new 16GB iPod touch for $229, which lacked an iSight camera and loop. Now, it appears more changes are coming as the education pricing of the entry level 13-inch MacBook Pro has been reduced to $999 (via MacRumors). The upgraded model is now at $1,299–both versions have been reduced by $100 and the education pricing is now $200 less than retail. 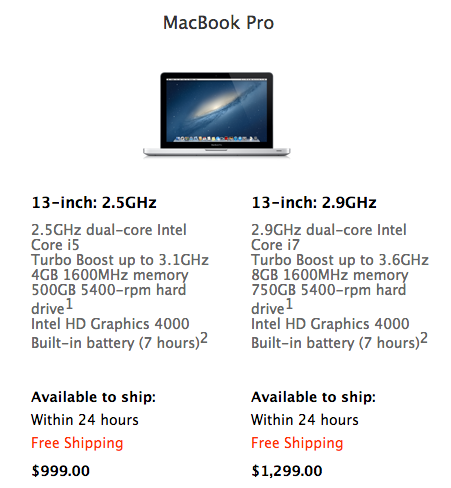 Apple’s Back to School promo should be set to start soon, as last year things kicked off on June 12. Education Mac customers received $100 iTunes Gift Cards last year and if history repeats itself we should see the same happen again. Apple is rumoured to refresh its Mac line at WWDC, which takes place on June 10. So if you’re looking to buy a Mac, you should definitely hold off for just a bit longer.