Apple has released macOS High Sierra 10.13 for download in the Mac App Store today, as promised. The size of the download is 4.8GB and the update is propagating worldwide for some users. Be sure to backup any critical files before the update, just in case. 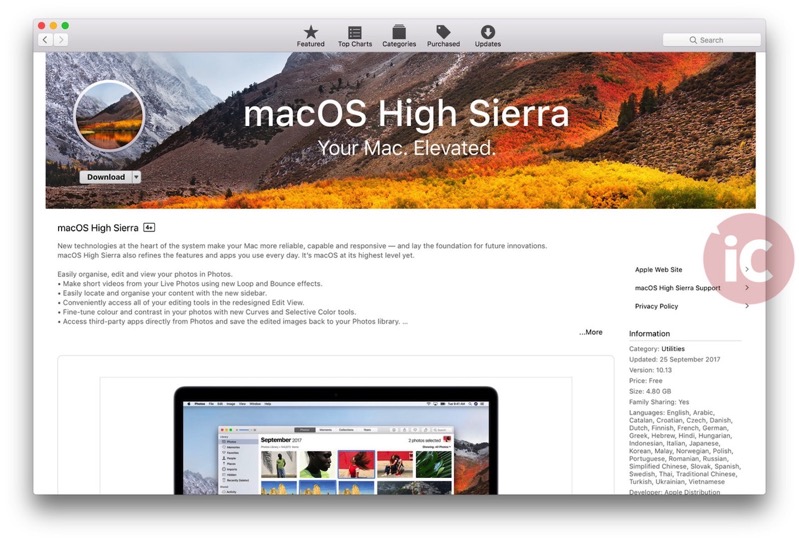 Some users are able to download the install, but when attempting to install, the error message “Installation of macOS could not continue. Installation requires downloading important content. That content can’t be downloaded at this time. Try again later.”

The Updates tab in the Mac App Store is not showing the High Sierra update. But you can download it by searching for “macos” and it’ll show in up search results, like it did for us below:

As with any Apple OS release, the company’s servers get hammered. You may be better off waiting until this evening if you’re not in a rush to update.