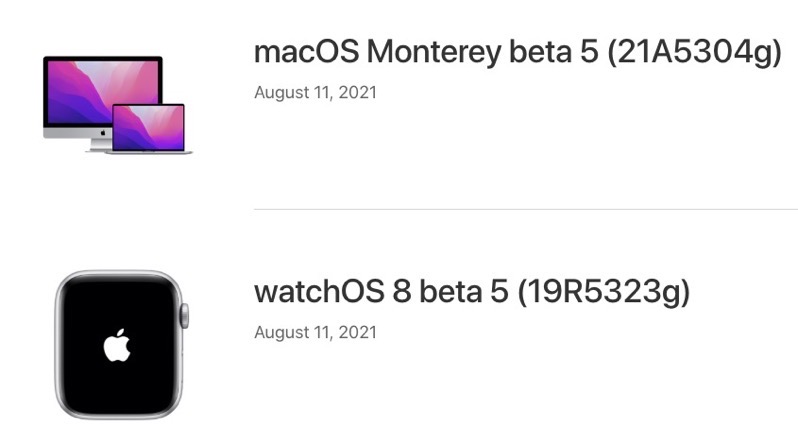 Apple has released new beta software for developers, as macOS Monterey beta 5 and watchOS 8 beta 5 are now available for download.

No word on what’s exactly new in these updates, but stay tuned.