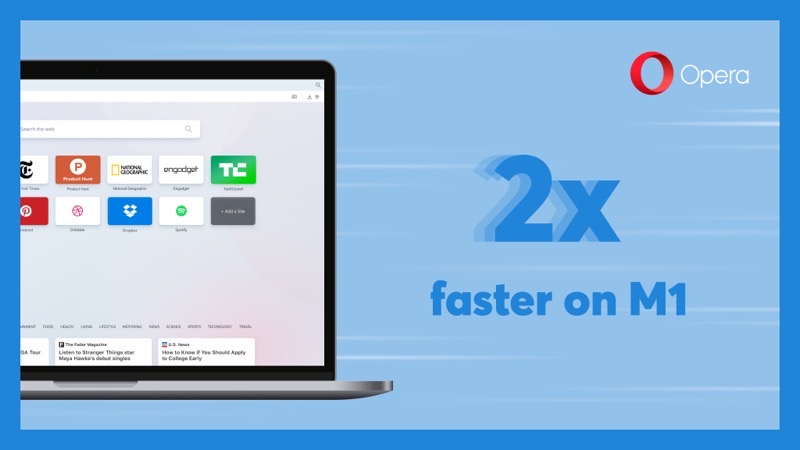 Opera browser has released a new update to now include native support for Apple M1 Macs.

According to Opera, new native support for Apple M1 processors means the browser now “runs two times faster compared to the previous version of our browser,” said the company in a statement to iPhone in Canada.

Also new is easier access to the browser’s Flow feature with custom keyboard shortcuts, which lets you connect your desktop Opera browser to Opera on iOS and Android. The new update also adds the ability to create shortcuts to Opera’s built-in Crypto Wallet and Player music feature.