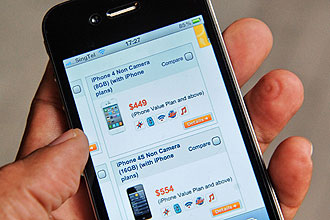 According to the International Business Times, Singapore iPhone enthusiasts will soon be able to buy a cameraless iPhone from M1, the country’s biggest mobile phone provider.

The camera-less iPhone will cost an estimated $38 more than a standard iPhone 4 or 4S but the modification, performed by M1, will void Apple’s warranty.

Demand for an iPhone without the camera is significant in Singapore where all males serve a mandatory two years in the country’s Armed Forces. Since 2007, camera phones have been banned from military installations in Sinagpore following the release of photos of sensitive training operations.

M1 is the first mobile provider to offer the government-sanctioned modifications. Owners of the cameraless iPhones will receive an official certificate allowing them to carry their phones with them during their military service.

According to M1, the modification is not reversible at this time so owners wishing to use their camera once their service is finished are out of luck. Until, of course, a market for re-installing iPhone cameras springs up.

Canadian soldiers are lucky to use iPhones with cameras, aren’t they?