When Apple announced refreshes to its iMac, MacBook Pro and MacBook (and MacBook Air!) at WWDC, nobody expected a new iMac Pro to be teased. 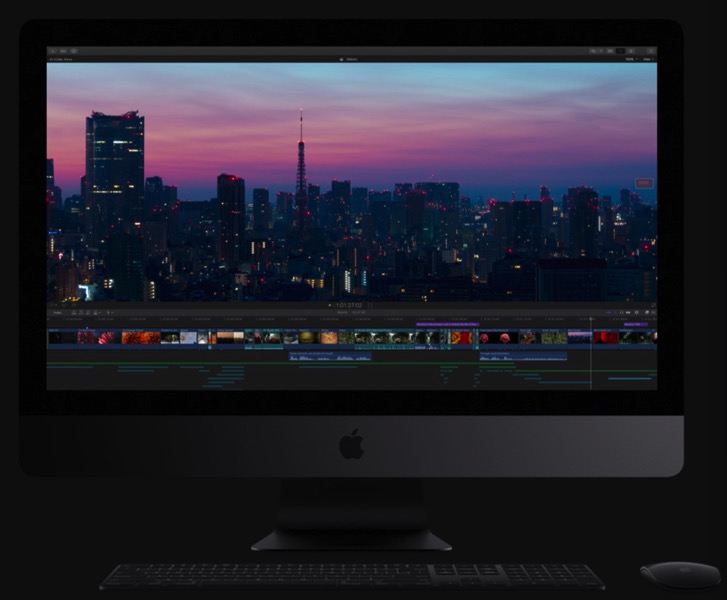 The iMac Pro with 5K display can be configured to have up to 18-core Xeon processors, 22 teraflops of GPU performance, up to 4TB of SSD and 128GB of ECC RAM, plus is the first iMac to feature 10Gb Ethernet.

Apple kept the iMac Pro under tight control at its WWDC press area. A couple videos posted on YouTube from TechnoBuffalo and Jonathan Morrison provide a closer look at this pro-iMac, which comes in a Space Gray enclosure:

Jonathan Morrison says he was one of the rare ones to ‘touch’ an iMac Pro:

Here is Apple’s promo video for the iMac Pro:

Apple reiterated the iMac Pro does not replace the upcoming Mac Pro, by stating the following:

In addition to the new iMac Pro, Apple is working on a completely redesigned, next-generation Mac Pro architected for pro customers who need the highest-end, high-throughput system in a modular design, as well as a new high-end pro display.

iMac Pro debuts in December, starting at $4999 USD, or about 1 billion Canadian (okay, actually $6757 at today’s exchange rate; expect Apple to price it higher in Canada).