Apple Inc. (AAPL) is preparing a new lineup of thinner MacBook laptops running on more powerful chips made by Intel Corp. (INTC), people with knowledge of the plans said.

The MacBook Pro machines, to be unveiled at Apple’s annual developers conference starting June 11, also will feature high- definition screens like those on the iPhone and iPad, as well as flash memory to cut startup times and extend battery life, said the people, who asked not to be identified because the plans haven’t been made public.

According to 9to5Mac‘s trusted sources inside Apple’s supply chain, a completely re-designed 2012 MacBook Pro with ultra high resolution display is almost ready for launch and is currently undergoing test production rounds. The report claims that the 15″ version of ultra-thin 2012 MacBook Pro will feature a “jaw-dropping” Retina Display and super-fast USB 3. The source believes that 2012 MBP will not get its design from the current MacBook Air lineup but will rather get a complete re-vamp. It won’t be tapering like the MacBook Air but will lose the optical drive to reach “a new standard for notebook thinness“.

Apple has made it clear that professionals could lose the optical drive in favor of the wildly popular Mac App Store for software installations. […] For those few who still need an optical drive, Apple has been selling a USB Superdrive since the first-generation MacBook Air launched.

The current prototype unibody casings going through test production have spaces for a charging port, two USB ports, two audio in/out-sized ports, and the battery meter on the left side. The right side is said to have cutouts for two Thunderbolt-sized ports, an SD card slot, and another USB port. 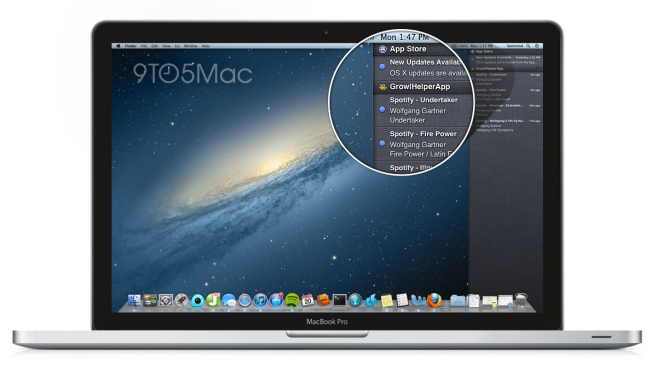 Regarding MacBook Pro’s Retina display, it is being quoted as “definitely the most important Mac innovation in years”:

Sources familiar with software strings left behind in OS X Lion 10.7.4 and Mountain Lion betas say that this Retina Display MacBook Pro features multiple Retina resolution modes, so users are able to adjust the sharpness and image sizes to their liking. Unlike Mac display settings of today, these Retina Display settings will not be marked with numbers/resolution sizes, but with descriptions such as big, small, or optimal, according to these software-based findings.

Lastly, USB 3 will finally make its way to the Mac:

Apple has long been testing Macs with USB 3 ports, but it sounds like the new MacBook Pro will be the first to actually sport the next-generation connector. […] While third-party USB 3 cards and Hackintoshes have run “Super-Speed” USB 3 and have shown up in the System Profiler previously, sources familiar with Apple’s software strings in 10.7.4 and 10.8 betas also have provided evidence for USB 3 Macs coming soon.

While there is no word on release dates or pricing from the supply chain sources, it is speculated that Apple will unleash the 2012 MacBook Pro at WWDC in June.