Apple is considering dropping the physical keyboard for the iMac — at least that’s what the latest granted patent reveals, as spotted by Patently Apple. The fact is, typing on a flat surface is more common now than it was six years ago when the patent was originally filed — consider how much you type on your iPhone’s display — so replacing the physical buttons could make sense sometime in the future.

The image below shows an iMac with a virtual keyboard and haptic feedback system. You may recall that Apple has been playing around with haptic feedback for some while now — it was rumoured to include this feature in the iPad 3. Years went by, and this year Apple has finally unveiled the all-new 12-inch MacBook, a computer with a built-in tactic engine.

In light of the above — and add in the tactic engine built into the Apple Watch — it could make sense for Apple to use its latest innovation in a new, virtual keyboard. 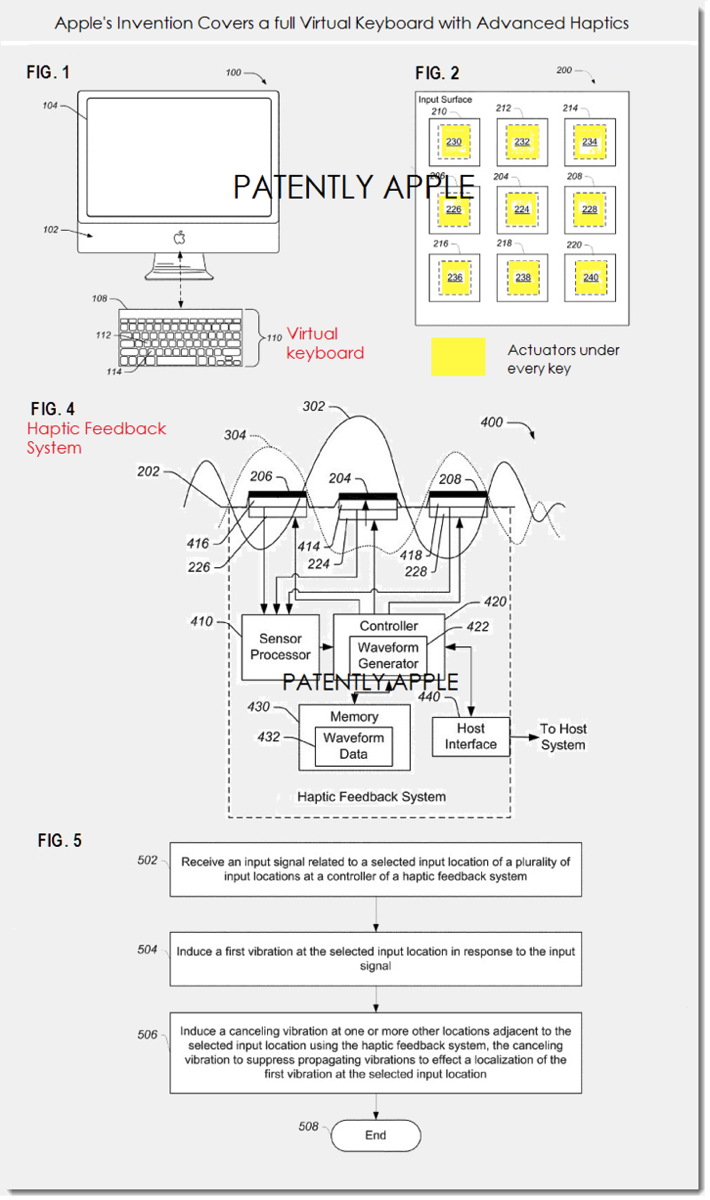 The patent was originally filed in 2009, and Apple credits Aleksandar Pance, Paul Alioshin, Bret Bilbrey, and David Amm as the inventors. This version of the invention was filed in November 2014.