When the iPhone 4 launched in Canada, Apple had only released the iPhone 4 in black. Originally, the iPhone 4 was supposed to be available in white and black, but manufacturing problems have caused massive delays in the release of the white unit.

The photos indicate what the website is calling a “rough & bent” condition where the top case of the white iPhone 4 does not sit flush when the device is assembled. 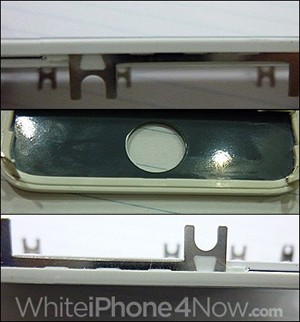 The website further indicates that their OEM sources claim that the manufacturing process has been adjusted to remove the imperfection. This may mean that Apple is back on track with the white iPhone 4. However, the recent press release from Apple did indicate that the iPhone 4 would be delayed until later in 2010.

Could this be an Apple situation of under promise, over deliver?