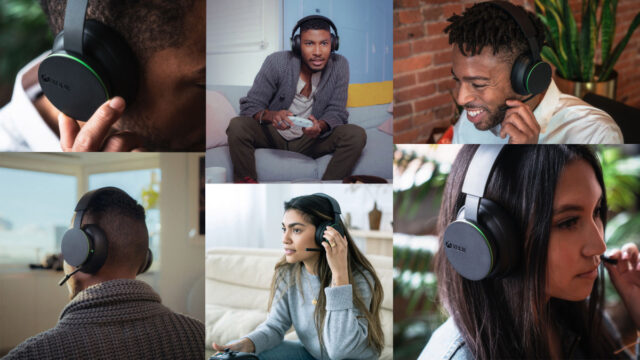 Microsoft has announced its new Xbox Wireless Headset, launching in mid-March. This brand new headset has been developed to complement the design of the Xbox Series X/S consoles while also being supported on Xbox One, PC, and mobile via Bluetooth.

The Xbox Wireless Headset was announced via an Xbox Wire post yesterday. It will be the first wireless Xbox headset Microsoft has developed since the Xbox 360 era. Taking advantage of some of the cues from the company’s Surface Headphones, the Xbox Wireless Headset is said to have rotatable earcup dials. These will be used to adjust volume and balance party/chat mix while playing. The headset will also sport a lightweight frame with large leather earpads and cushioned headband that is adjustable.

Microsoft stated that the Xbox Wireless Headset will support Windows Sonic, Dolby Atmos, and DTS Headphone:X. The headset’s microphone has dual beamforming elements that isolate the user’s voice that will focus on picking up the voice versus surrounding and background noise. When the user is not talking, an auto-mute function kicks in and keeps the voice channel clear. Though, this function can be toggled off.

As with other modern headsets, the Xbox Wireless Headset can be simultaneously paired with an Xbox and a mobile phone at once. This can be especially helpful for taking calls while playing or if the player is using Discord for party chats on a phone. 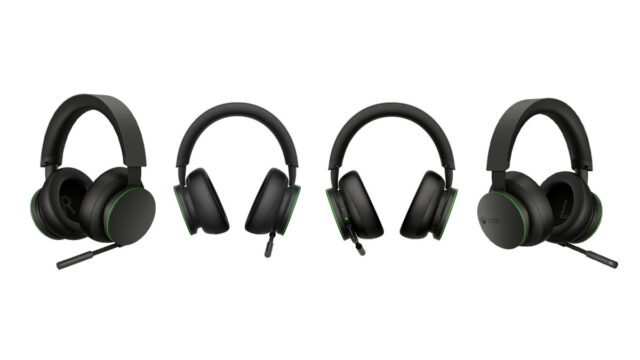 Microsoft’s new Xbox Wireless Headset is said to have up to 15-hours of battery life with a full 3-hour charge. 30 minutes of charging with a USB-C, can offer up to four hours of battery and playtime with the headset.

The announcement of the Xbox Wireless Headset may seem as though it came out of nowhere. Throughout the Xbox One generation, Microsoft only offered wired headsets that were developed in-house. However, it appears as though the new headset was hiding right under our noses. Xbox social media manager Josh Stein revealed that the headset was worn by actor Daniel Kaluuya in the Xbox Series X/S launch ad back in October 2020.

The Xbox Wireless Headset will be available on March 16th for $129 CAD. Preorders are available now through Microsoft and other retailers.