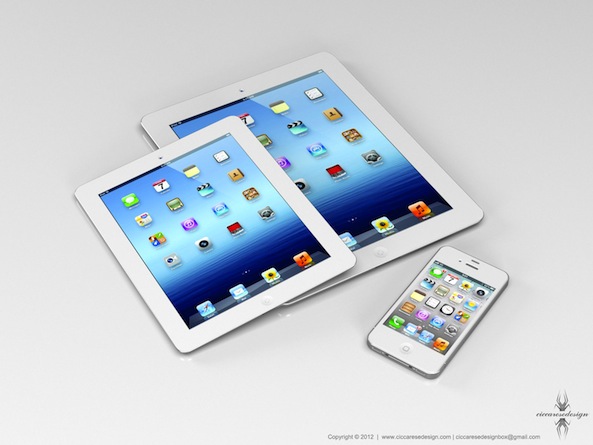 Apple’s iPhone should be ready to ship near mid-September according to the report. The physical release date though will not come until around the third week of September.

It’s also expected that Apple will release two cases alongside the iPhone. They will have a “major impact” on the accessory market, and one is noticeably comparable to the iPhone 4 bumper case.

The iPod Touch is expected to be announced at the same event as the iPhone, which may occur in mid-September. The report lacked exclusive details, but we do know the screen will be larger than 3.5 inches and the processor will be faster than the current model’s A4 CPU.

Unlike past rumors, this rumor states the iPad Mini may have its very own event and a release date during the month of November. Being right before Christmas, the release date is perfect. iLounge even states they would have specialized iPad Mini Smart Cover and Smart Case put into production.

Apple may be releasing another version of the iPad this upcoming holiday season. The update would be relatively small, including the small dock connector and a rear-sided microphone. Internally the device would undergo changes to prevent the device from overheating.

According to iLounge, this same source cracked the next-generation iPhone’s size, screen, and dock connector before anyone else. Today’s report hasn’t revealed anything shocking. Almost everything stated has surfaced in past reports, so if anything, we are receiving some re-assurance.

What are your thoughts on today’s findings?