You can’t go anywhere nowadays without hearing people talk about the economy and how times are tough at the moment. During a recession people cut spending and when it comes to Rogers and the iPhone 3G, it seems as though Q4 results have echoed these exact sentiments.

Rogers reported only 130,000 new iPhone accounts in the fourth quarter, which typically is a time of tremendous growth for wireless sectors given the increase in holidays spending. Compare this number to the 255,000 new iPhone accounts Rogers signed up the previous quarter and you soon realize sign ups have dropped roughly in half.

We’ve all seen the massive Rogers iPhone 3G banners talking about how the phone will make the perfect Christmas gift. Well, unfortunately this year end wasn’t as favorable as Rogers thought it would be. Given the fact that the iPhone 3G is the hottest selling cellphone at the moment, it’s a surprise Rogers didn’t eclipse or match the sales from Q3. It looks like people have definitely prioritized their spending and the iPhone 3G doesn’t top the list!

Reasons For the Decline in iPhone Sales

But, of course one could argue that the first batch of sign ups originated from the die hard I-must-have-an-iPhone-3G crowd, setting the benchmark for sales to come. However, only to discover that sales in the subsequent quarter dropped by 50% is a bit shocking to me.

Owning an iPhone 3G is not cheap because you are not only responsible for a voice plan and data plan, but you’ll also be signing onto a three year contract. If you’re researching an iPhone 3G don’t forget my tips on choosing the best iPhone plan, such as the Rogers/Fido EPP in conjunction with the new data value packs.

What’s your take on the dip in iPhone 3G sales? The global financial crisis? Maybe the people have spoken against Rogers? Or are people saving and holding out for the iPhone 4G? Let’s hear it! 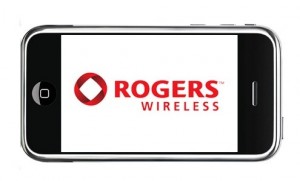