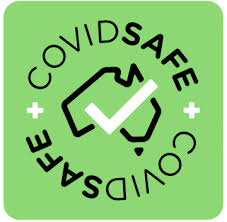 Released on Sunday, the app — called COVIDSafe — uses Bluetooth to connect with other phones within 1.5 metres which also have the app installed. If they are in contact for over 15 minutes, the app records data such as the date, time, contact distance and duration, and the other user’s encrypted identification code. This information is stored on the user’s phone for 21 days, after which it is automatically deleted.

Through the use of Bluetooth, the app records “digital handshakes” for each minute that two phones using the app are in contact. When a user tests positive for coronavirus, they are asked to upload the handshakes to a centralized National COVIDSafe Data Store, which are then accessed by contract tracers to notify people who are determined to be at risk.

The handshakes contain: The unique IDs of each user in contact — said to be an “encrypted version of the user’s mobile phone number”; Bluetooth signal strength used to determine distance; and a timestamp. Handshakes are stored on mobile devices and deleted 21 days after being created.

“[The app] will help us as we seek to return to normal and the Australian way of life,” Hunt said. “No one has access to that, not even yourself … only a state public health official can be given access to that data.”

Further, uploaded data must legally be kept on Australian servers, and will be destroyed after the coronavirus pandemic passes.

“[The data] cannot leave the country, it cannot be accessed by anybody other than a state public health official, it cannot be used for any purpose other than the provision of data for the purposes of finding people with whom you have been in close contact, and it is punishable by jail if there is a breach of that,” said Hunt.

Contact tracing apps like COVIDSafe could prove vital to ending lockdowns by making it easier to track the spread (and hopefully, decline) of the virus as public life resumes.