Amazon Back to School Sale: $20 Off Kindle Paperwhite

Amazon Canada has launched a back to school deal, where the company’s Kindle Paperwhite models are on sale for $20 off, until August 20th. 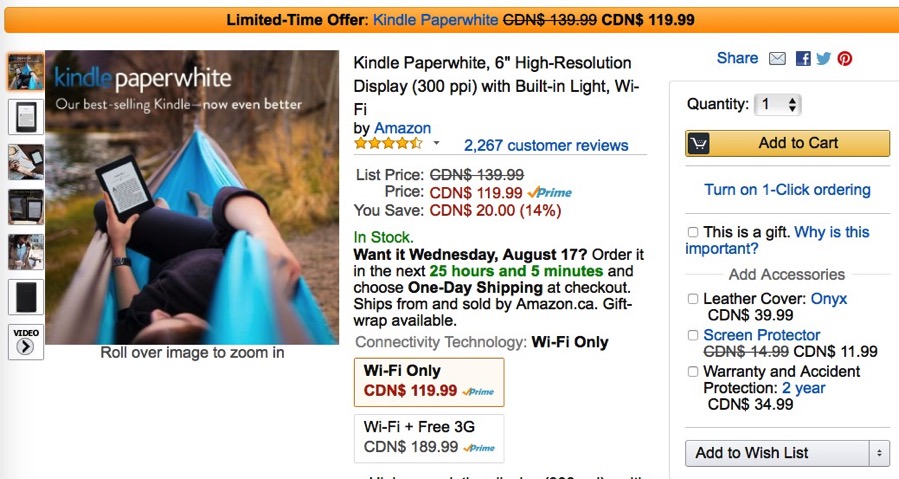 The Kindle Paperwhite comes with a 6-inch, 300dpi high resolution display, and built-in lighting (front-lit, so it’s easy on the eyes) to read in any condition, with “weeks” of battery life and the ability to hold “thousands of books”, explains Amazon in an email.

With Amazon’s WhisperSync feature, it allows readers to save their bookmarks to the cloud, allowing them to continue reading from any device, such as the company’s iOS Kindle app. If you’ve been waiting for a sale on the Kindle Paperwhite, this is the week to get it. These $20 sales only come a few times per year, so if you missed the last one, this is the time to jump on this one if you’ve been eyeing a Kindle.

Click here to check out the Kindle Paperwhite from Amazon.ca.