The annual Apple Design Awards took place at WWDC yesterday, to celebrate the best apps created by developers across the company’s platforms (iOS, watchOS, tvOS, macOS) that “reflect excellence in design and innovation”:

Join us for an unforgettable award ceremony celebrating developers and their outstanding work. The 2016 Apple Design Awards recognize state of the art iOS, macOS, watchOS, and tvOS apps that reflect excellence in design and innovation. 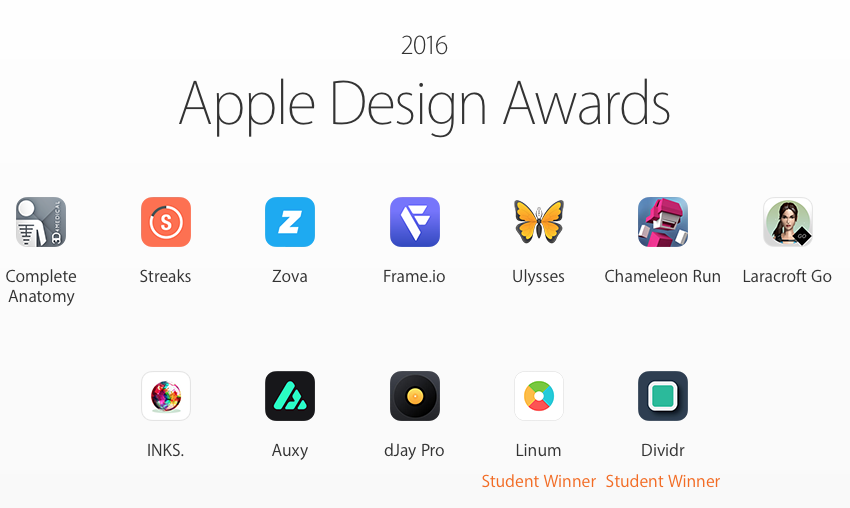 Apple also has a dedicated site for the awards, detailing each developer and also images of them hard at work.

Below are the 12 apps awarded this prestigious distinction:

Props goes to Saskatoon-based Noodlecake Studios for their win with Chameleon Run, and Square Enix Montreal for their award for Lara Croft GO.

You can check out the video of the awards by visiting this link (video not live yet, but will be eventually).