Apple Canada’s 2017 Gift Guide is now available online, detailing the best picks to give as presents this year.

Apple highlights iPhone X and iPhone 8, along with AirPods, and Silicone and Leather Folio cases for iPhone X. 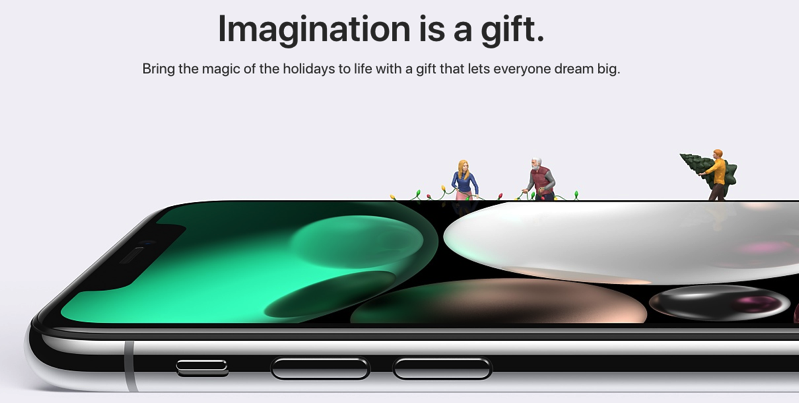 iPad Pro is also shown of course, while accessories such as Smart Keyboard, Leather Sleeve and Smart Cover for the latest 10.5-inch model.

Apple TV 4K is also dubbed “the blockbuster gift of the year”, while other “amazing gifts” such as exclusives DJI Mavic Pro Alpine White Combo ($1369.95 CAD) and CliqueFie Selfie Stick ($49.95 CAD) are listed.

Apple says “Bring the magic of the holidays to life with a gift that lets everyone dream big.”

Today Apple announced its Q1 2023 earnings, reporting $117.2 billion in revenue and net income of $29.9 billion for the December quarter. Revenue was down 5% year-over-year, affected by production disruptions in China due to COVID-19. Apple CEO Tim Cook told Reuters in an interview that production disruptions are essentially over, as they “lasted through […]
Gary Ng
7 mins ago