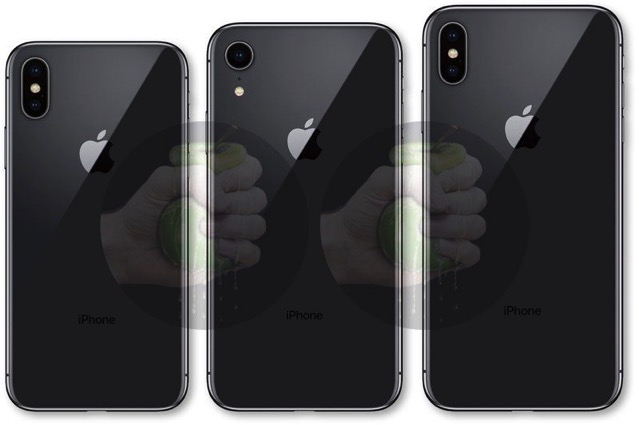 According to a new report from DigiTimes, Apple’s suppliers are expected to ship the largest number of iPhones since the iPhone 6 peak in 2014 this fall. Much of the optimism is centered on the arrival of the 6.1-inch LCD iPhone model, which will “give the new devices a shipment momentum much stronger than their two preceding generations.”

The report claims that Apple’s upcoming trio of iPhones will see an estimated 70-75 million units shipped from suppliers to Apple by the end of 2018, which, if accurate, would be the biggest iPhone launch since 2014’s iPhone 6 series.

“Shipments of new iPhone series to be unveiled in mid-September are expected to reach 70-75 million units by the end of the year, the best performance since the launch of iPhone 6 series, according to industry sources,” reads the report.

TSMC and Foxconn are among Apple’s key suppliers who are going to see their revenues jump sharply on account of the launch of the 2018 iPhones, claims the report. Apple will be TSMC’s sole customer for its 7nm fabrication process, though Huawei is also expected to fabricate its upcoming Kirin 980 chipset on TSMC’s 7nm fab.

“Most supply chain partners are expected to see revenues pick up significantly along with smooth production and strong shipment momentum before peaking in the fourth quarter of the year,” the report explains.

For TSMC, the supplier is expected to “fully recover” by the fourth quarter, following a “debilitating” computer virus that hit many of its fabrication tools in early August.

This year’s iPhone lineup is expected to include three all-new models, including a second-generation OLED 5.8-inch iPhone X, OLED 6.5-inch iPhone X Plus, and a less expensive 6.1-inch model.

“The impressive upgrades in overall designs and functions as well as the price-friendliness of the 6.1-inch model should give the new devices a shipment momentum much stronger than their two preceding generations,” continues the report.

As previously reported, the 2018 iPhones will each feature an iPhone X-like edge-to-edge screen design with a glass back. In place of an outward design change, Apple will differentiate the handsets by price, features, and sizes.