2018 iPhones May Not Come With Lightning to Headphone Jack Adapter

Barclays analyst Blayne Curtis and his associates have predicted in a recent research note that the new iPhones launching later this year may not come bundled with the Lightning to 3.5mm headphone jack adapter, MacRumors is reporting. “We currently model no dongle this year,” the analysts noted. 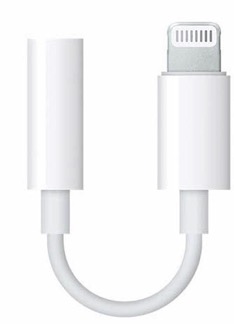 It seems however that Barclays analysts are only guessing that the adapter may no longer be bundled with 2018 iPhones, as they say it may take a couple more months to find out for certain. The investment bank  has also lowered its quarterly and yearly revenue guidance for Cirrus Logic by up to 5%, Apple’s main supplier of audio-related components inside of the adapter.

Barclays does have some credibility in this area, as last year, the investment bank accurately predicted that Apple would continue to include the adapter in the box alongside the iPhone 8, iPhone 8 Plus, and iPhone X. The analysts routinely visit with Apple’s supply chain partners in Asia to gather information like this.

“We believe it stays this year but goes away at some point, potentially in the 2018 model,” the analysts said back in April 2017.

Although the dongle has helped ease the transition to elimination of the headphone jack since the iPhone 7’s debut, Apple may no longer feel the need to bundle it as AirPods and other wireless headphone become more widespread.

Should Apple include the Lightning to 3.5mm headphone jack adapter with this year’s iPhones?

Here are the latest Canadian cellphone plan and device deals, plus other promos from wireless carriers such as Rogers, Telus and Bell, from our partner PlanHub. As always, the promos may change at the last minute, but here they are as of Wednesday, November 23, 2022, which include numerous Black Friday and Cyber Monday deals. Check them […]
IIC Deals
12 hours ago