Apple Canada Back to School Promo: Free Beats with Mac or iPad 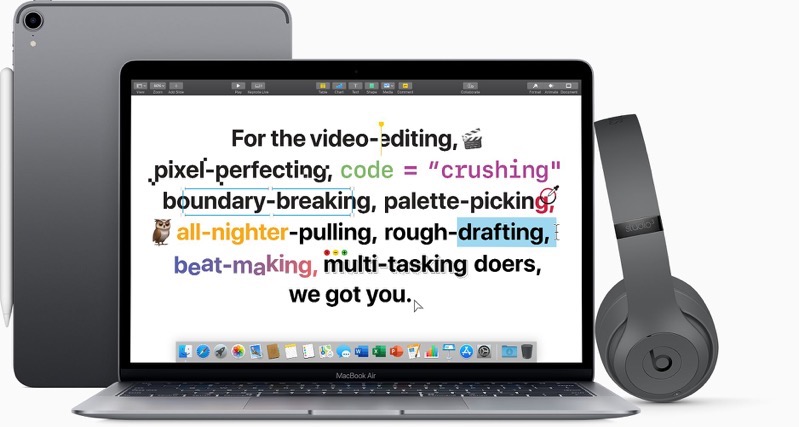 Earlier his morning, Apple announced a refresh to its 2018 MacBook Air and 13-inch MacBook Pro.

The company also officially kicked off its 2019 Back to School promo, offering free Beats with select Mac and iPad purchases. Below is a list of what Mac and iPad models are eligible to land you a free pair of Beats.

Apple says the 2017 MacBook Air is not eligible, nor are refurbished products or open-box items.

Students also get a free six month trial to Apple Music (versus the standard 3 months) and also a discounted price of $4.99 per month (half price).

Click here to visit Apple.ca to make your Mac or iPad purchase and get a free pair of Beats.

Apple's long-awaited AR/VR headset may not start shipping until the second half of 2023 due to a delay caused by some "software-related issues," according to TF International Securities analyst Ming-Chi Kuo. Kuo previously had the headset pegged for a second-quarter release. He said in a tweet that his sources indicate components for the mixed-reality headset...
Nehal Malik
15 mins ago