The first benchmark scores of the A12Z Bionic chip inside the 2020 iPad Pro have made their way to the internet, and it looks like the chip doesn’t bring that drastic of an improvement in performance compared to the A12X Bionic.

Apple yesterday unveiled the new generation iPad Pro, and it comes with an all-new A12Z Bionic chipset, which, according to Apple, provides the iPad Pro with more power and faster performance than most Windows PC laptops. 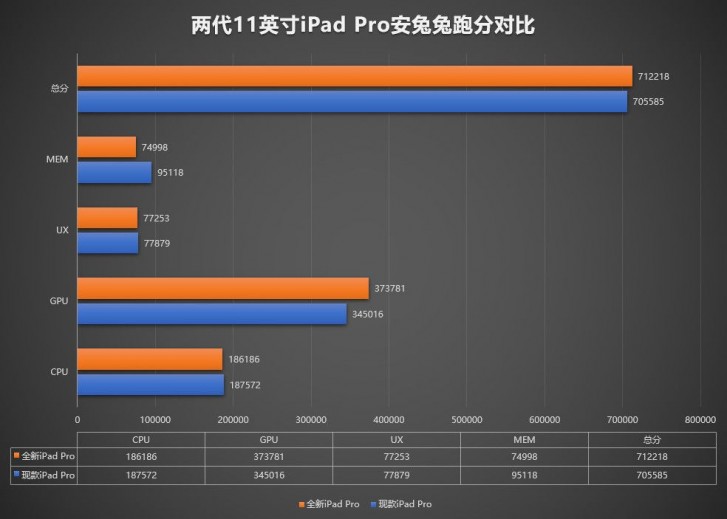 The GPU performance has seen a slight uplift, scoring 373,781 compared to 345,016 for the A12X Bionic. Apple explained that the A12Z Bionic chip uses an 8-core GPU versus 7-core GPU on A12X, explaining the improvement in performance.

Even though the 2020 iPad Pro doesn’t bring any major performance improvements to the table, it shouldn’t disappoint — Apple’s A12X/Z Bionic chips are still faster than every other mobile chipset out there.

The folks over at MacWorld have compared Apple’s latest M2 Pro and M2 Max processors with every other Apple silicon found in the iPhone, iPad, and Mac lineup. "Understanding the performance differences between each chip will help with your buying decisions, especially when you’re deciding between iPhone 14 or MacBook models.” To find out how...
Usman Qureshi
7 mins ago

Sometimes, Members of Parliament can work together, especially when it seemingly benefits voters (or when there’s public outrage). According to The Canadian Press, taxpayers will no longer have to pay for the home internet bills of their MPs. The Liberals and Conservatives both agreed to axe members from having taxpayers foot home internet as an […]
Gary Ng
33 mins ago

In celebration of Data Privacy Week, Uber Canada has announced new privacy features for the Uber and Uber Eats apps for consumers. Uber has added industry-first “View as a Driver” and “View as a Delivery Person” features to its apps, which let you select what your driver or delivery person can view. The features are...
Usman Qureshi
44 mins ago