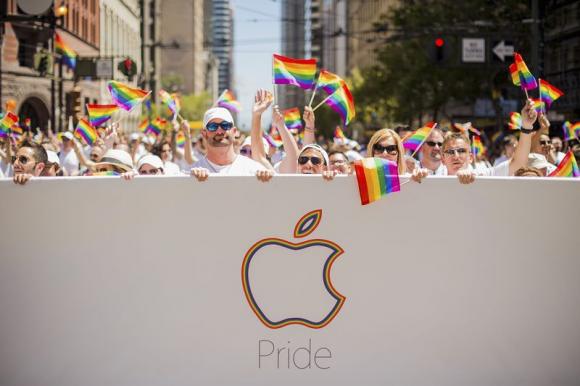 Apple’s Lisa Jackson, who manages the company’s environmental front, was also participating in the parade:

Here we go. Honored to be a banner carrier Thanks #applepride pic.twitter.com/Jtmb7Mj9KO

Apple also issued the following statement to Reuters on its participation in today’s festivities:

“Apple believes equality and diversity make us stronger, and we’re proud to support our employees and their friends and families in this weekend’s celebration,” Apple spokeswoman Michaela Wilkinson said.

The company has long showed its support for the LGBT community, as back in 2011 employees submitted their own It Gets Better Project video.

Silcon Valley companies such as Facebook and Google also participated in today’s parade, but for Apple, it was the largest turnout in the company’s history, according to some employees.