According to Nielsen’s State of the Media: 2012 Year in Sports report, almost 60 percent of smartphone and tablet owners access sports content on their device at least once a day. The report, led by the success of the London 2012 Olympic Games, is a compilation of media highlights, advertiser trends and consumer insights across leading sports properties. The data was collected between January to September 2012. 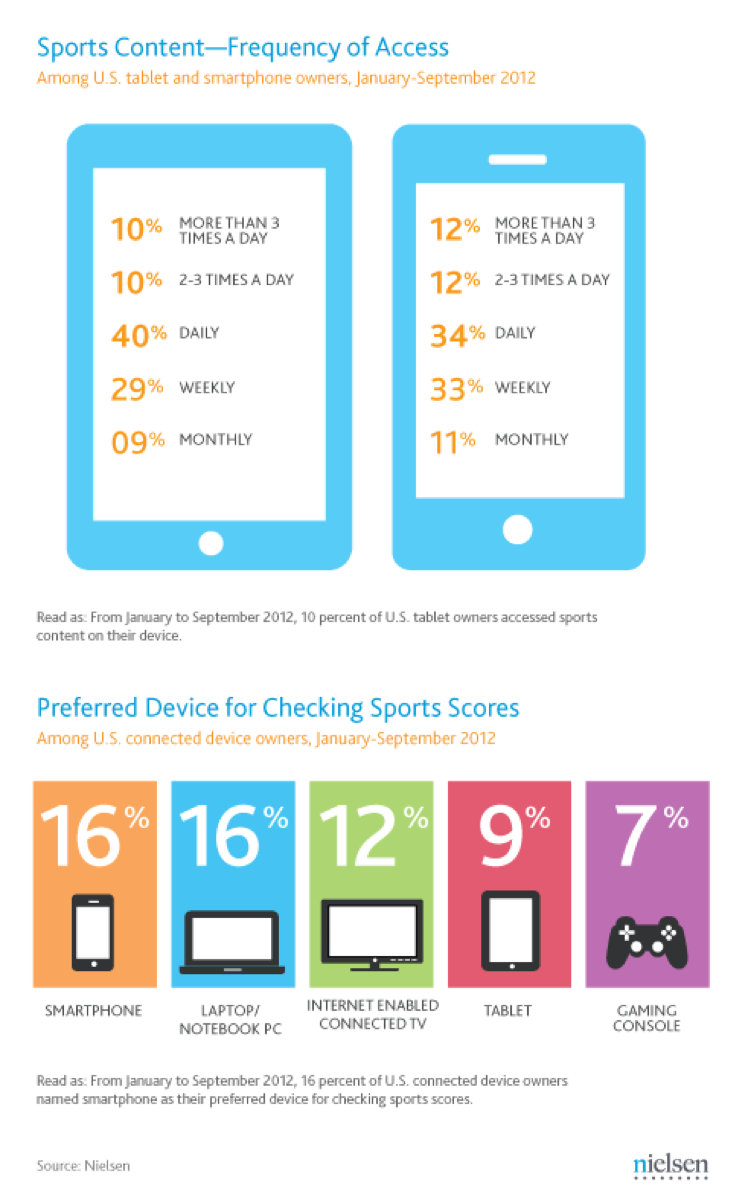 While sports content comes in many shapes and forms, sports fans typically pay most attention to the latest scores and stats. Among owners of multiple connected devices, smartphones and laptops were the preferred device for checking sports scores (16%, respectively), followed by Internet-enabled TV sets (12%) and tablets (9%).

You can access the full State of the Media: 2012 Year in Sports report here.