A Hardware Summary of Every iOS Device Released Since 2011

The chart shows each iOS device Apple has released sorted by their CPU model. The summary also includes the versions of iOS that each device support. Check out the chart below: 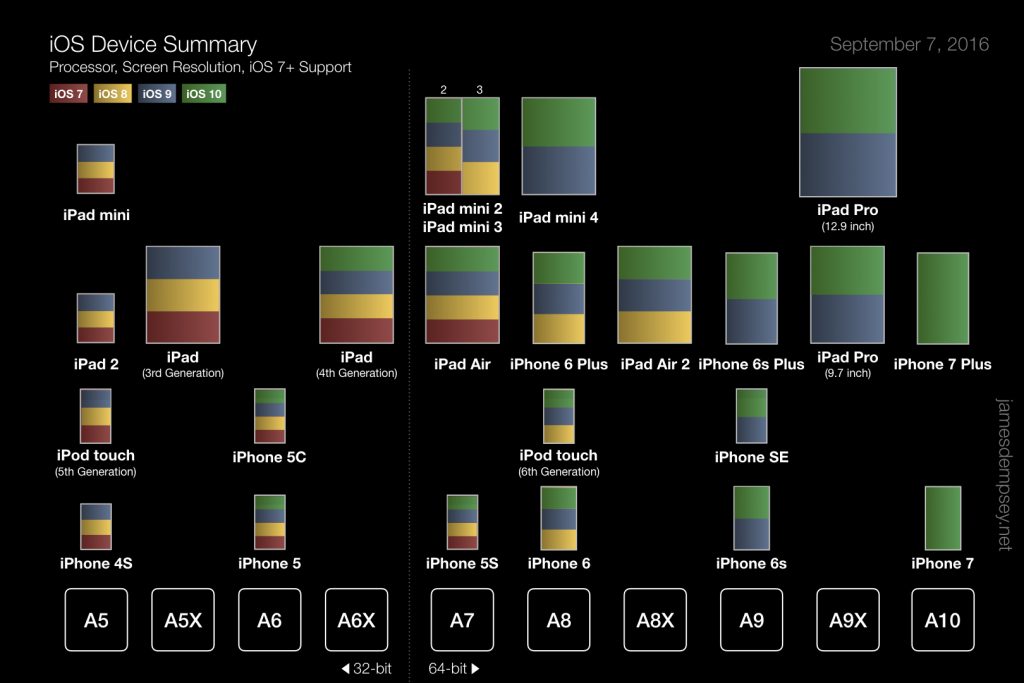 Here are a few notes from Dempsey about his summary:

In terms of legacy hardware support, iOS 10 drops support for devices running the A5 and A5X processor. This includes iPhone 4S, which means that there are no devices with a 3.5-inch screen that support iOS 10.

Don’t feel badly for devices with the A5 chip—they have had a very good run. The iPhone 4S debuted running iOS 5 and iPad 2 debuted with iOS 4.2.1. Both were supported up through iOS 9.

Time will tell if the next version of iOS drops support for A6 and A6X devices. When support for those devices is dropped, iOS devices will be 64-bit only.

If you want more information about Dempsey’s summary, check out the iOS Device Summary page. The page also contains links to download the PDF, including optimized files for printing.