A newly leaked image by Chinese microblogging site Sina Weibo (via Techtastic.nl) allegedly shows Apple’s next generation SoC, which is expected to power the upcoming ‘iPhone 7’. As you can see in the image below, the processor is labelled “A10”, although such images can be easily created or manipulated using Photoshop, which is why the authenticity of the photo remains questionable (via AppleInsider). 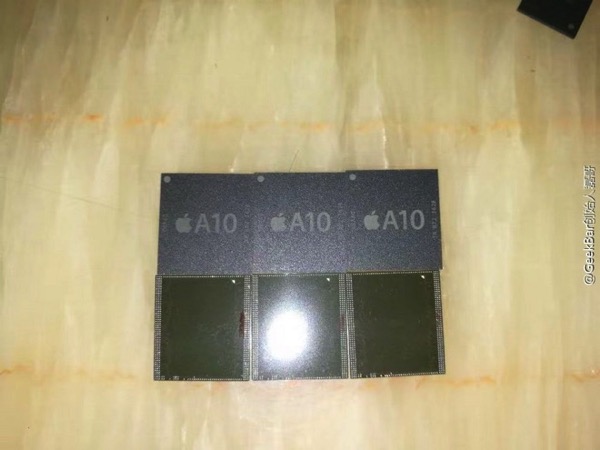 With Apple expected to unveil its next flagship smartphone in less than a month from now, suppliers are said to be gearing up for a massive product launch. Earlier rumours indicate that Apple’s silicon partner Taiwan Semiconductor Manufacturing Co. (TSMC) will be the sole manufacturer of the “A10” that is expected to power this year’s iPhone upgrade.

Reports have hinted that the A10 SoC could pack in 3GB of RAM for the larger 5.5-inch model, aiding performance of the larger screen and rumored high-resolution dual-lens camera system.