Aaron Sorkin: “My Conscience is Clear” Over Steve Jobs Portrayal 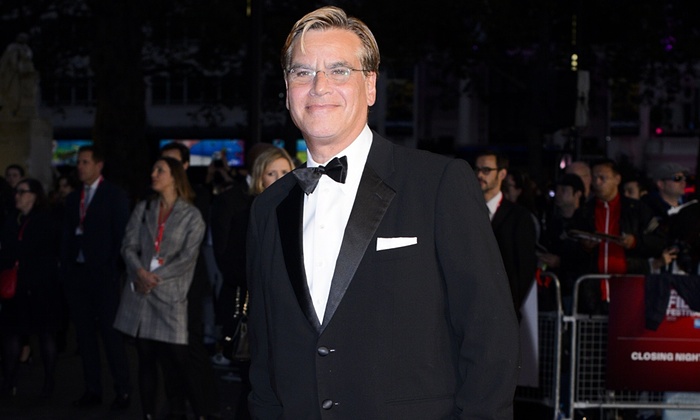 While speaking at the European premiere of Danny Boyle’s “Steve Jobs” movie at the London film festival last night, the biopic’s screenwriter Aaron Sorkin said that his “conscience is clear” over the portrayal of Steve Jobs, while admitting that a certain level of manipulation was necessary in order to make the film, The Guardian reports. The new Oscar-tipped drama faced criticism at last night’s festival screening, with claims that the film has taken “too much dramatic licence”.

“Steve Jobs did not, as far as I know, have confrontations with the same six people 40 minutes before every product launch,” he said, during a press conference. “That is plainly a writer’s conceit. But I do think that the movie gets at some larger truths, some more important truths than what really went on during the 40 minutes before product launches, which I don’t think was the stuff of drama. What you see is a dramatisation of several personal conflicts that he had in his life, and they illustrate something, they give you a picture of something. Are they fair? I do believe they’re fair. My conscience is clear.”

While the movie has received criticism from people like Mrs. Lauren Powell Jobs, who even tried to kill the project and reportedly begged actors Christian Bale and Leonardo DiCaprio not to take on the role of Steve Jobs, there has been some support for the film as well, especially from those who knew Jobs, including former Apple CEO John Sculley.

“[Sorkin’s] a brilliant screenwriter,” Sculley said. “While [the dialogue] may not have been the exact words that were spoken, it represented the kind of dialogue that said ‘yes, that’s that person’.”

The film is also being predicted to be a big success at next year’s Oscars.