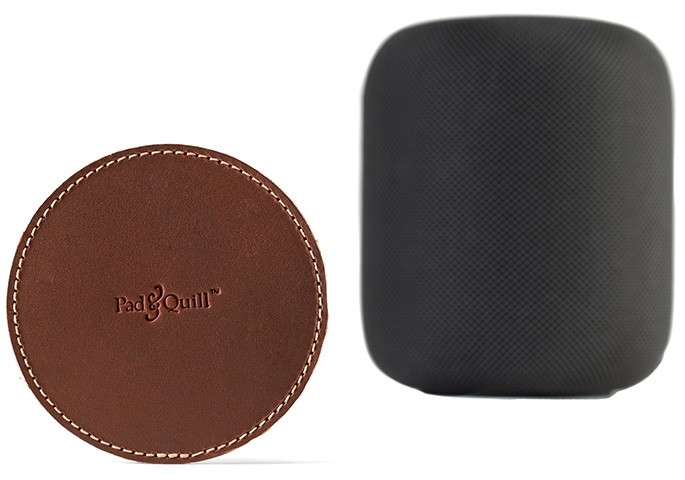 Accessory manufacturers have been quick out of the gate to create products that enhance the user experience of the HomePod. With the latest discovery of HomePod (and Sonos One) leaving ‘white rings’ on some stained wooden tables, Pad & Quill has come out with a coaster for Apple’s latest speaker.

Yes, we’re now set to pay $20 USD for a leather coaster for HomePod, to protect our wooden tables. Here’s the product description:

The latest in smart speaker innovation deserves state-of-the-art surface protection. Our Leather HomePod Coaster is designed in Minneapolis and handmade by skilled artisans. You’ll love it, but don’t put a ring on it. Your HomePod’s new home features durable & luxurious American full-grain leather with an ultra-soft leather backing because the only rings you should see in your home this season are of the Olympic variety on TV.

If you have any old CDs or DVDs laying around, that should work fine as a HomePod coaster too.

Twitter Blue has once again been working on bringing its edit button to the fold. In a new tweet, the premium subscription of the social media platform shows off how the edit function will work both in terms of the user tweeting as well as the general audience seeing the changes. Earlier in September, Twitter...
Steve Vegvari
38 mins ago