The list of video game publishers refusing to do business in Russia is growing. 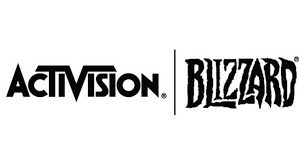 Activision Blizzard and Epic Games both say they are halting sales in the country due to its invasion of Ukraine, reads a new report from Engadget.

Activision Blizzard president Daniel Alegre said in a March 4 press release that the company would “be suspending new sales of and in our games in Russia while this conflict continues.” That means Russians who have already purchased the publisher’s titles won’t be able to make in-game purchases, either, although it seems they’ll still be able to play the games themselves.

“Throughout the past week,” Algere said, “we have watched the news from Ukraine and the worsening humanitarian crisis that is unfolding. Our company’s commitment is to help those impacted by this terrifying violence and to provide assistance in every way possible.”

Alegre also noted that the company are “matching employee donations 2:1 to organizations providing immediate relief in the region”, together raising over $300,000 USD so far. They also plan to increase the amount they match, and expand this scheme to a wider range of charities too.

Soon after Activision Blizzard made its plans public, Epic Games announced it was following suit, though it is not implementing a block on all of its services in Russia.

“Epic is stopping commerce with Russia in our games in response to its invasion of Ukraine,” the company tweeted on Saturday. But they’re not outright blocking Russia, they made clear, explaining, “We’re not blocking access for the same reason other communication tools remain online: the free world should keep all lines of dialogue open.”

Electronic Arts also announced Friday that it is halting Russian game sales, including the sale of virtual currency bundles in its popular games, “while this conflict continues.” That action comes after EA Sports earlier removed all Russian teams from FIFA 22 and NHL 22, mirroring similar moves from international organizations managing those sports.

Earlier this week, Ukrainian vice prime minister Mykhailo Federov called for Xbox and PlayStation to “temporarily block” Russian and Belorussian accounts and halt their participation in esport events. He later asked a number of developers, including Epic Games, Nintendo, Rockstar, and Tencent to halt their games in Russia.