As spotted by the folks over at 9to5Mac, an investing prompt shows up when you ask Siri to find your Apple TV Siri Remote in iOS 14.5. On asking “Find my Apple TV Remote,” Siri responds it cannot find any Siri Remotes associated with the iCloud account. 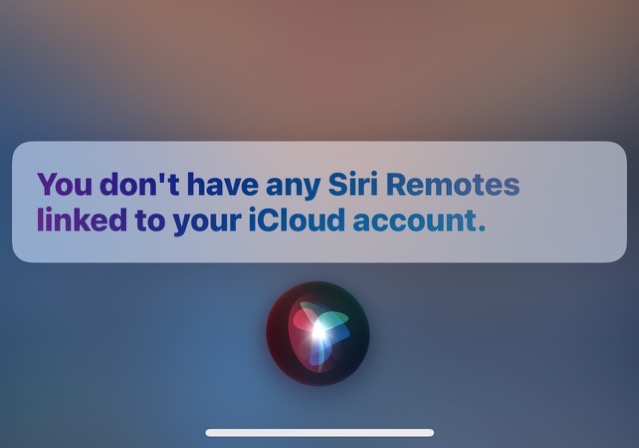 When asked to locate other unsupported devices, such as an Apple Pencil, Siri simply responds that this type of accessory cannot be used with Find My.

When Apple announced the new 2021 Apple TV 4K with an updated Siri Remote at its online event earlier this month, it did not mention that users will be able to find the remote using the Find My app. Moreover, the tech specs page for the new Siri Remote also does not reference any such feature.

The acknowledgment of the Siri Remote in Find My seems to be a new addition. Whilst we can successfully observe the behavior on iOS 14.5 across many languages, Siri does not understand the same request when asking on an iOS 14.4 device.

Canadians will be able to pre-order the 2021 Apple TV 4K with the new Siri Remote starting tomorrow for CAD $229, with availability beginning in the second half of May.