An upcoming iOS 15 and watchOS 8 feature, which will allow Apple customers in participating U.S. states to add their driver’s license or state ID to their iPhone and Apple Watch, has been delayed until early 2022, according to Apple’s website (via MacRumors). 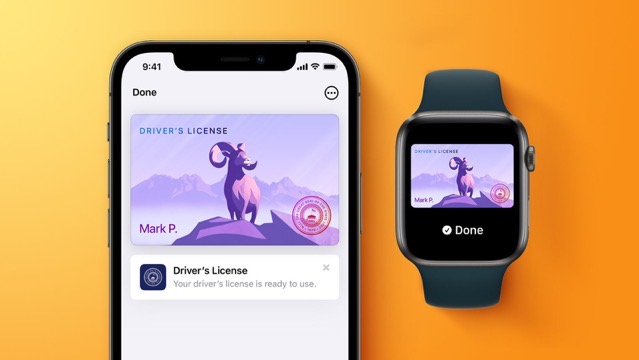 Apple said select TSA security checkpoints in select U.S. airports will be the first locations where users can present a digital ID in the Wallet app. Users will be able to tap the plus sign at the top of the Wallet app to begin adding a driver’s license or state ID to the app, and then simply tap their iPhone or Apple Watch on an identity reader to present their ID to the TSA, without taking out their physical card or handing over their device.

So far, Apple has not provided a specific release date for the feature beyond the early 2022 timeframe, and the feature is also not enabled in the latest iOS 15.2 beta.

Apple had also said it was in discussions with many more U.S. states as it hopes to offer the feature nationwide in the future.