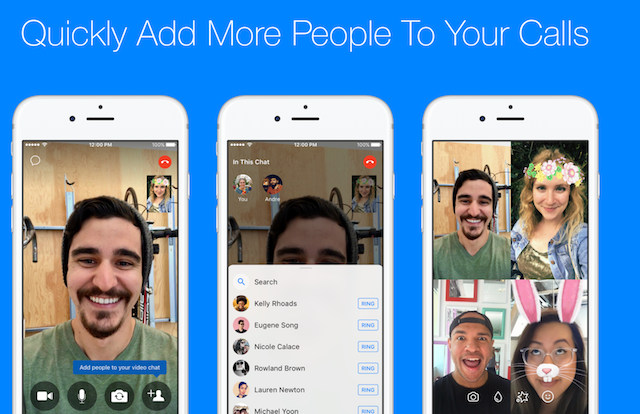 Facebook Messenger for iOS has today been updated with a great new feature, that lets you add people to an ongoing audio or video call while you’re still talking. Previously, users had to hang up and manually add people into a conversation before restarting the call but now, a simple tap on the screen lets you add more friends in the middle of an ongoing call.

“With the ability to add more people seamlessly to your calls, you can continue your conversation in the moment, just like if you were together in real life. Never again worry about skipping a beat when sharing your BFF’s spontaneous karaoke performance on Messenger. Sharing moments like these is now a few quick taps away.”

To add more friends and family members to your audio and video chats on Messenger, all you need to do is tap the screen, select the “add person” icon, and then choose who you want to join. And once the chat ends, you can keep the conversation going in the automatically created group chat in your Messenger inbox.

To try out the new feature, make sure you update to the latest version of Facebook Messenger using the following App Store link.

Last month, Amazon Canada and Affirm announced monthly payments would be launching and this week they went live. On eligible items, you can now see mention of how much you can pay for the item over a period of months with Affirm, noted underneath pricing. You can see the Affirm line on the Apple Watch […]
Gary Ng
49 seconds ago