Adobe has announced Photoshop Camera, a mobile camera app for iOS and Android phones. Currently available for preview, the final version of the app will launch in 2020. 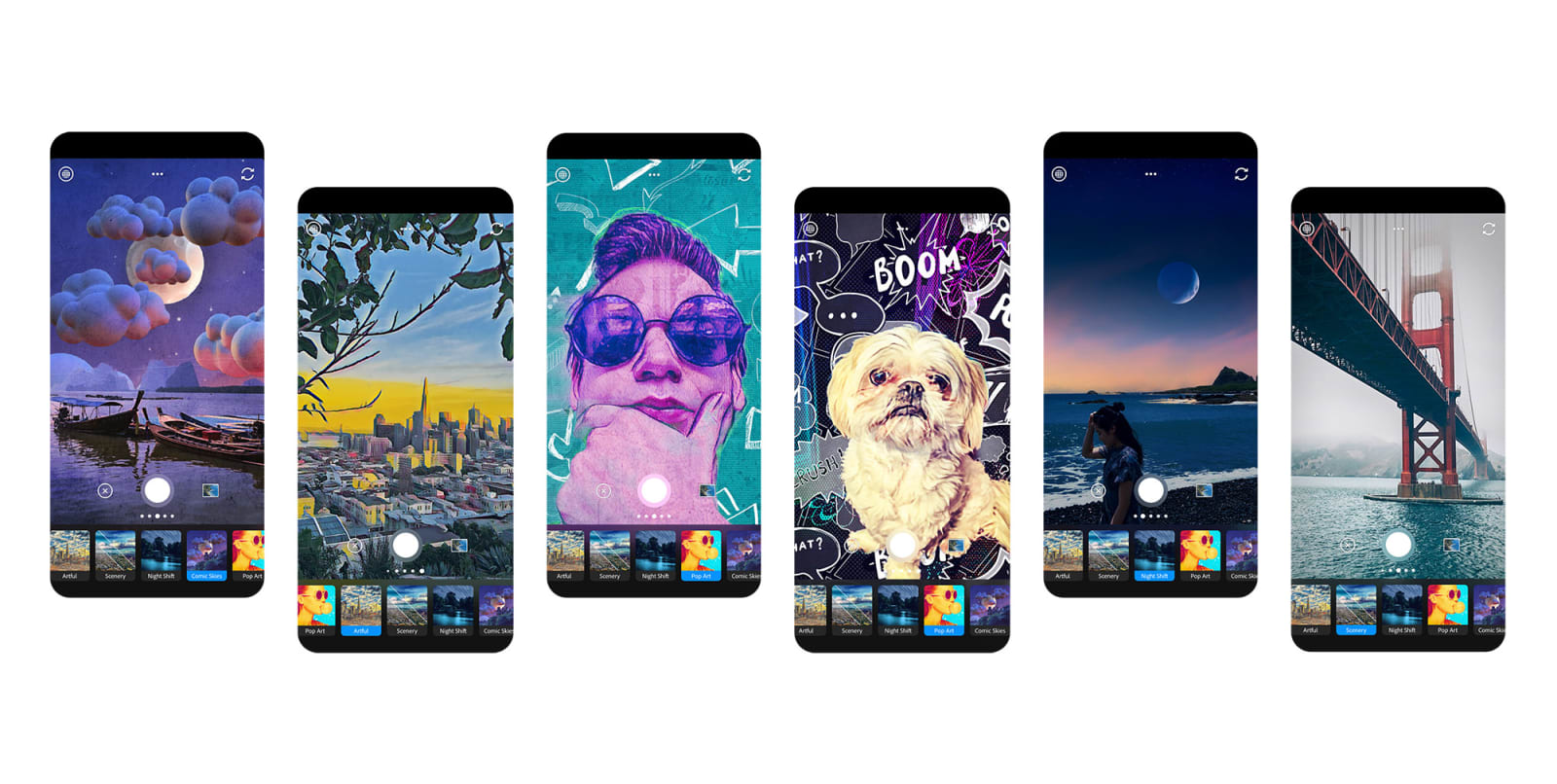 According to a new blog post from Adobe, Photoshop Camera will be able to apply filters and effects to your photos using Adobe Sensei Artificial Intelligence either before or after the photo is taken. Plus, it will be able to give you a live view of the filter or effect before snapping the photo while also saving an unmodified image in case you change your mind later.

Leveraging Adobe Sensei intelligence, the app can instantly recognize the subject in your photo and provide recommendations, and automatically apply sophisticated, unique features at the moment of capture (i.e. portraits, landscapes, selfies, food shots), while always preserving an original shot.

Photoshop Camera will offer a collection of creative “lenses” that add automatic effects to photos, but go well beyond basic filters to include animated and 3D objects. Adobe will offer a curated selection of lenses made by “well-known artists and influencers,” including singer Billie Eilish with lenses inspired by her songs and music videos.

All of this sounds more like Snapchat than Photoshop, but it does seem like Adobe has integrated some pretty powerful AI techniques into Photoshop Camera. You can sign up to preview the app today – it will be available widely in 2020.