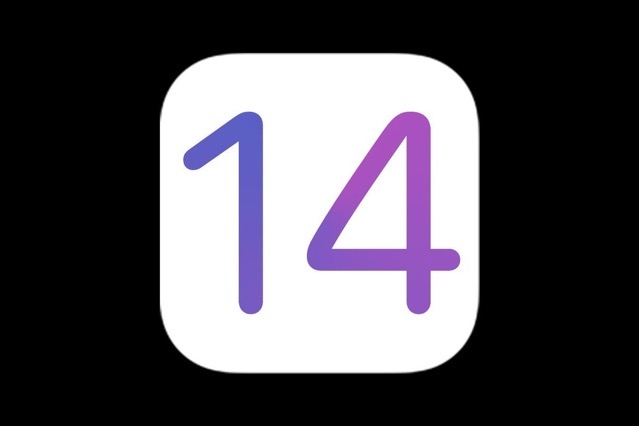 The adoption of iOS 14 has reportedly exceeded 90% of active iPhones, according to recent estimates released from analyst firm Mixpanel.

Based on statistics regarding website and app usage, Mixpanel estimates that the adoption of iOS 14 has reached 90% of all active iPhones as of the first week of April, as reported by AppleInsider. iOS 14 first released on September 16th 2020. In the first six weeks of launch, iOS 14 saw an adoption rate of 50%. 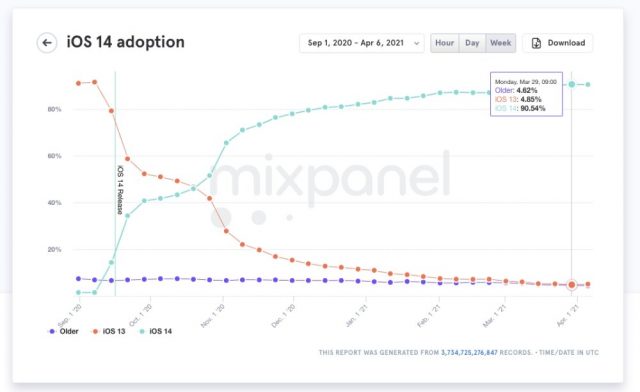 The data shown by Mixpanel only depicts a simplistic overview of the trends from September 1st, 2020. None of the figures shown have been officially released from Apple. Thought, Mixpanel has gathered the data from over three trillion records. The firm has sourced records from website access, app usage, and which version of iOS was used and where.

More specifically, iOS 14’s adoption sits at an estimated 90.54%. Throughout this window of time, the use and adoption of iOS 13 significantly dropped to only 4.85%. Additionally, the use of iOS 12 remained significantly slow in a static range of 4.62% by the beginning of April of this year.

Based on the data, iPhone users are fairly in tune with updated their devices with the latest software when available. The significant boom in the first few weeks of release demonstrates a high attach rate for upgrades. The remainder may simply hold off to hear about any potential bugs or issues the upgrade may cause.