Last month, Apple announced it was cutting affiliate commissions on apps and in-app purchases from 7% down to 2.5%, which sent a panic to those who make a living promoting apps and such.

But now it appears the reduction will only apply to in-app purchases, according to clarification from Apple’s iTunes affiliate support team, as reported by Mac Gamer HQ. The site reached out to the team, which responded with the following:

“Please see below for the correct new app commission levels:

“Please note that only in-app commissions have changed. Hope this is helpful.” 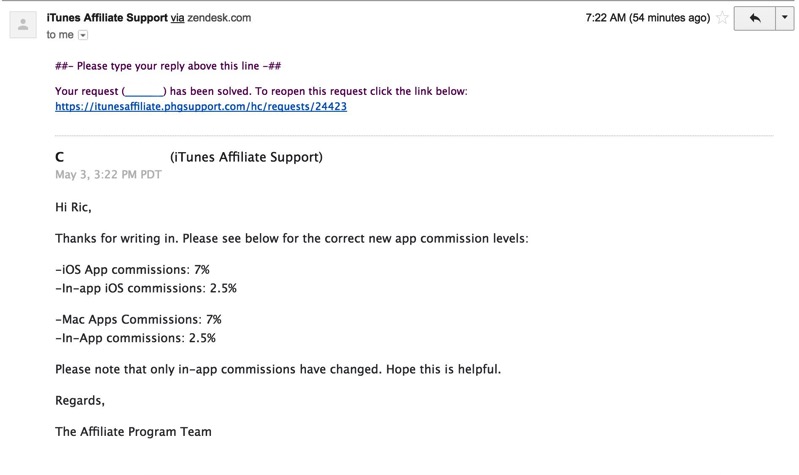 So there you have it. If you were wondering about these affiliate commissions, they’ve only changed for in-app purchases. There must have been some weird stuff going on, for Apple to drastically cut the rate from 7% to 2.5%.