If you didn’t opt for a case right from the start, you may already have scratches and scrapes on the iPhone 5’s rear shell. But if you have the guts, you can replace it with a brand new aluminum back marketed for just $99. 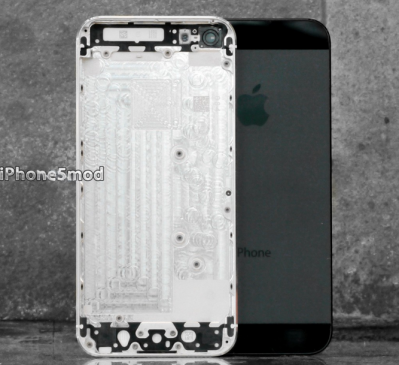 Even an anonymous Foxconn official admitted — besides saying the iPhone 5 is the most difficult device they have had to assemble — that the device’s new coating material makes it more susceptible to scratching.

So these are the facts; you choose — scratched back, or brand new scratch-resistant (?) aluminum.

If you think it is time for a change, you can order the aluminum rear case from iPhone5mod, which ships with Apple’s original sapphire lens cover and sells for $99 the whole package, plus shipment costs.

There are two options available: white and black, and two shipping options: Speedpost for up to 7 days delivery, and Registered Airmail for patient customers. The latter will save you money, as it costs only $15, while for Speedpost you need to shell out $35.

But before you hit the ‘Buy’ button, ask yourself how many times you watched the iFixit teardown? While the site gave a 7 for ease of repair (10 is the easiest to repair), which makes it easy enough, you will need to take apart the entire device to change the back panel. An iPhone 5 case could solve this problem if you are willing to hide that beautiful design in a plastic (or whatever) case.

Are you willing to replace your iPhone 5’s back panel with an aluminum one to eliminate scratches?