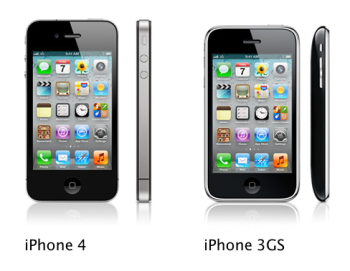 A new NDP study reveals that the iPhone 4 and 3GS hold the top two positions in U.S. smartphone sales during Q3. The five best selling mobile handsets were as follows:

Apple’s had an identical ranking in NDP’s Q2 results.

According to the report, price had a big part to play in buying decisions.

Among U.S. consumers who considered purchasing phones in the $200 to $250 price range, 64 percent ended up purchasing a phone for less than $200.

The folks over at MacWorld have compared Apple’s latest M2 Pro and M2 Max processors with every other Apple silicon found in the iPhone, iPad, and Mac lineup. "Understanding the performance differences between each chip will help with your buying decisions, especially when you’re deciding between iPhone 14 or MacBook models.” To find out how...
Usman Qureshi
6 mins ago

Sometimes, Members of Parliament can work together, especially when it seemingly benefits voters (or when there’s public outrage). According to The Canadian Press, taxpayers will no longer have to pay for the home internet bills of their MPs. The Liberals and Conservatives both agreed to axe members from having taxpayers foot home internet as an […]
Gary Ng
32 mins ago

In celebration of Data Privacy Week, Uber Canada has announced new privacy features for the Uber and Uber Eats apps for consumers. Uber has added industry-first “View as a Driver” and “View as a Delivery Person” features to its apps, which let you select what your driver or delivery person can view. The features are...
Usman Qureshi
42 mins ago