Microsoft’s Cortana and Amazon’s Alexa will begin “talking to each other” by the end of the year, letting each voice assistant’s users leverage the unique capabilities of the other in an unusual collaboration between the Seattle-area tech giants. 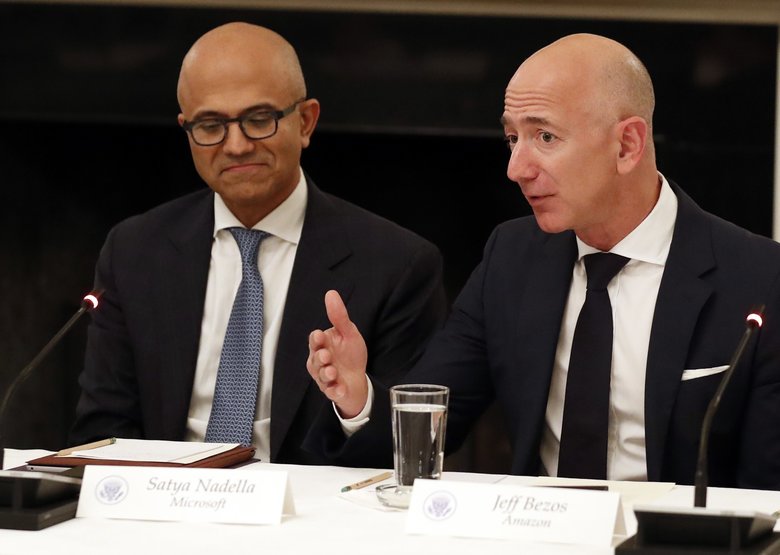 According to a new report from the New York Times, Amazon’s voice-powered digital assistant Alexa will now be able to activate Microsoft’s own assistant Cortana, and vice versa.

An interview with Microsoft’s and Amazon’s CEOs by the New York Times describes how Amazon’s Jeff Bezos first approached Microsoft’s Satya Nadella in May 2016 about enabling their assistants to communicate. Bezos told The Times he had not reached out to Apple or Google about adding their respective digital assistants to the mix, but that he’d be open to their participation.

“Together, their strengths will complement each other and provide customers with a richer and even more helpful experience,” Amazon Chief Executive Jeff Bezos said in a statement on Wednesday.

The partnership means Amazon customers can use Alexa to access Cortana’s exclusive features such as accessing work calendars, while Microsoft customers can use Cortana to ask Alexa to order products from Amazon or control their smart home devices.

The connection will start on Windows 10 and Echo devices before expanding to link Cortana and Alexa on Android and iOS, said Andrew Shuman, corporate vice president of Cortana engineering.

“Ensuring Cortana is available for our customers everywhere and across any device is a key priority for us,” said Microsoft CEO Satya Nadella.