US President Trump created The American Technology Council through an executive order in May to “transition and modernize” government information technology and digital services. 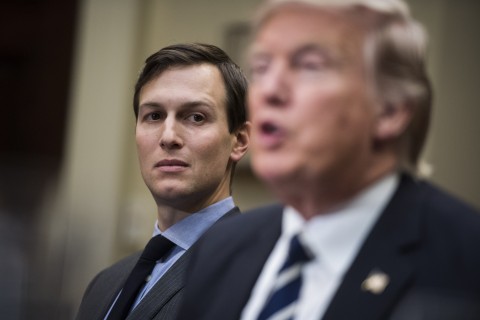 Now, according to a new report from Bloomberg, about a dozen tech leaders — including Apple CEO Tim Cook, Amazon CEO Jeff Bezos, Microsoft CEO Satya Nadella, Alphabet Chairman Eric Schmidt and others — are expected to attend the meeting, led by the President’s son-in-law, Jared Kushner.

This calibre of attendance is quite interesting, considering that many of these people — Cook included — are vocally against many of Trump administration’s policies. Cook for instance, expressed his outrage earlier, when the US announced that it was exiting the Paris accord.

The president formed the council to “transition and modernize” government information technology and digital services in a May 1 executive order. In the December meeting, executives discussed jobs, trade, immigration and China.

“Since then, however, immigration has became a flash point of division between the industry and the administration,” reads the report. “Executives publicly chastised Trump’s February executive order calling for a travel ban on those from Muslim-majority countries. Several tech companies, including Google, signed onto a legal effort to block the order.”

The group will arrive at the White House meeting just weeks after many of the executives criticized Trump on his decision to withdraw from the 2015 Paris climate agreement. Nearly every country in the world is part of the accord, which seeks to fight climate change by reducing carbon emissions.

“I know many of you share my disappointment with the White House’s decision to withdraw the United States from the Paris climate agreement,” Cook wrote in a memo to Apple employees in early June. “I spoke with President Trump on Tuesday and tried to persuade him to keep the U.S. in the agreement. But it wasn’t enough.”

Uber is getting back into the robotaxi business. Not long after selling off its autonomous vehicle research division to a startup named Aurora, the transportation app is partnering with Motional. In a 10-year agreement, Uber will work with Motional to provide autonomous rides and deliveries. Based on the initial deal, Uber is utilizing Hyundai's autonomous...
Steve Vegvari
41 mins ago