According to a report by 9to5Mac, sources tell Mark Gurman Apple looks to add AirDrop to iOS 7, a Wi-Fi ad-hoc service first launched within OS X 10.7 Lion back in summer of 2011. The feature is being tested internally and could makes its way into the final build of iOS 7:

Sources say that the AirDrop functionality is currently integrated into the standard iOS share menu. AirDrop will work between two iOS devices and potentially between an iOS device and a Mac. 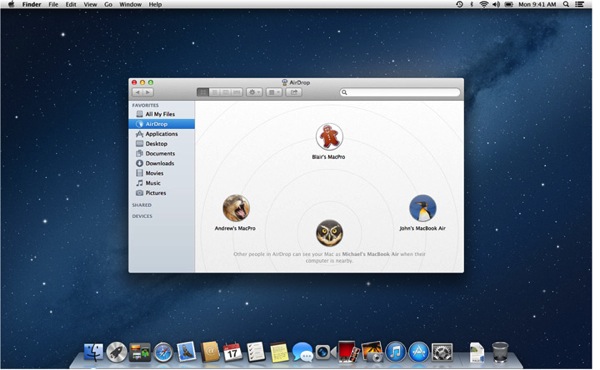 If AirDrop does makes its way into iOS 7, users should be able to seamlessly share images and other documents between devices and presumably Macs as well. Last summer, rumours pointed to AirDrop possibly being supported by the iPhone 5 based on the discovery of a Broadcom chip which included dual band Wi-Fi and Wi-Fi Direct, which are supported in Macs that are AirDrop compatible.

Would you be interested in AirDrop sharing within iOS 7?