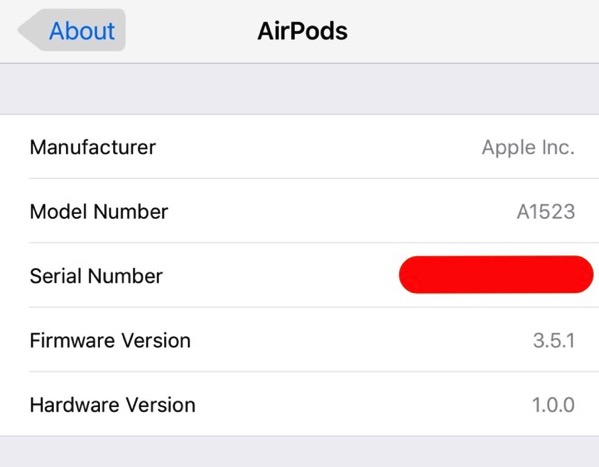 A firmware update for AirPods is now being pushed to synchronized iPhones, which addresses undisclosed bugs. According to AppleInsider, the new AirPods firmware 3.5.1 is being automatically installed on the AirPods when they are connected to the iPhone and are in their charging case, plugged into a charger. The update takes place without any user intervention and only requires the iPhone to be connected to a WiFi.

AppleInsider was told by a contact within Apple that the update contains “miscellaneous minor bug fixes.” It is not clear at this time if the update does anything to reduce or eliminate the claims by a number of owners that the devices have connectivity issues.

To find out if your AirPods have been successfully updated to the latest firmware, simply look at the installed firmware revision in the “General” settings menu, by selecting About > AirPods.

A few weeks back, an Apple Communities thread got flooded with complaints about disconnections during long phone calls while using the AirPods. There is no word yet whether this update fixes the issue or not.