Last month, Apple announced that it will soon start offering developers access to beta versions of AirPods Pro firmware before they’re released to the public, and today, the company has rolled out the very first AirPods Pro beta firmware to members of the Apple Developer Program (via MacRumors). 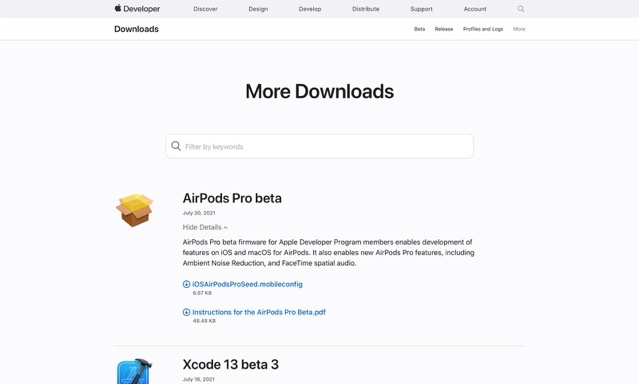 The first AirPods Pro beta firmware release brings FaceTime Spatial Audio and Ambient Noise Reduction. However, some of the other features like Custom Transparency mode, including Conversation Boost, seem to have been reserved for a later release.

The AirPods Pro beta update is now available to download under the “More Downloads” heading on the Apple Developer website. To install the beta firmware, users must have an iPhone running iOS 15 beta software, and a Mac running Xcode 13 beta software.

It must be noted that once you install the AirPods Pro beta update, there is no way to roll back the firmware to a non-beta version.