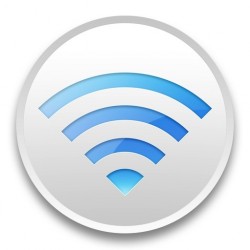 According to a report by MacRumors, both AirPort Extreme and Time Capsule have gone out of stock at Apple retail stores in the United States. The source says that a few readers have contacted them about the Wi-Fi base stations being out of stock at their local Apple stores. To verify, they contacted an Apple support representative who confirmed that Apple has pulled AirPort Extreme and Time Capsule stock from all U.S. stores.

Specifically, the tipsters informed us that the AirPort Extreme was out of stock at the Apple Store, Sagemore location in Marlton, New Jersey, an outer suburb of Philadelphia, and the Apple Store, Beverly Center location in Los Angeles, California. “I was trying to buy an AirPort Extreme today from the Beverly Hills Apple Store and an employee told me that Apple had asked for all of them back from all the stores,” wrote one anonymous tipster.

The base stations remain available to order online, while it appears the smaller AirPort Express can still be purchased both online and in stores at present time.

The report claims that Apple’s decision to remove AirPort Extreme and Time Capsule stock from all U.S. stores may be in compliance with an FCC deadline of June 2, 2016 related to router software security rules gradually phased in since 2014.

Earlier this week, Apple released a rare firmware update for all of its 802.11n Wi-Fi base stations, including AirPort Extreme and Time Capsule.