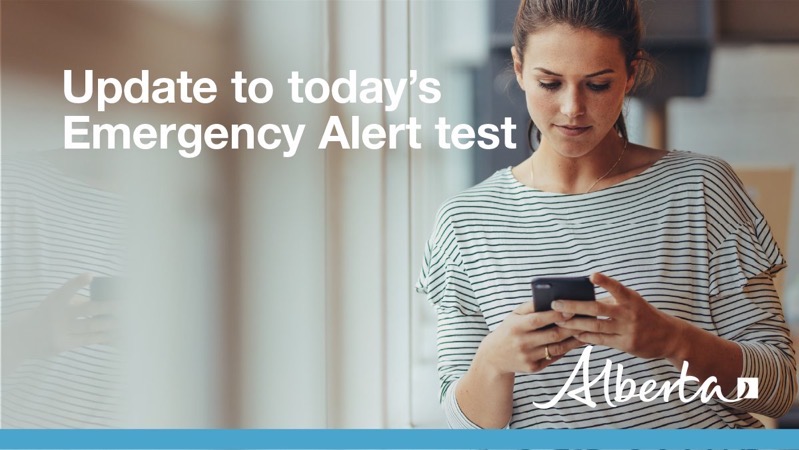 But nothing went off in Alberta, as the province opted out of the test, alongside Nunavut.

Alberta says it skipped the test to prevent confusion about its own upcoming alert, using the province’s Emergency Alert app for iOS and Android.

“As Premier Kenney stated yesterday the province will use the Alberta Emergency Alert system to inform people of the new COVID-19 restrictions,” said Justin Marshall, Alberta’s minister of municipal affairs, in a statement to CTV News.

Marshall further explained, “We opted out of the national alert test to avoid confusion with Alberta’s coming alert. As I’m sure you can understand, too frequent alerts can have the tendency of diminishing the importance.”

In other words, if you want to get alerts from the Alberta government, one must install the Alberta Emergency Alert on your iPhone or Android smartphone. Canada’s Alert Ready system does not require any app to be installed to get emergency alerts. You just need a compatible device connected to an LTE or 5G network.

Alberta will not be participating in the national test of the emergency alerting system scheduled for 1:55pm today due to the ongoing COVID-19 crisis.
Download the @AB_EmergAlert app to get emergency notifications for your area: https://t.co/xRR5HLKTDQ pic.twitter.com/zWfY9ztrGD

“Alberta’s focus during this time is on keeping Albertans safe and informed of the measures in place. Nunavut also opted out of the national test today. We are confident that the alert system works for Alberta,” added Marshall.

Alberta also has rejected Canada’s COVID Alert app for COVID-19 exposure notifications, like British Columbia. Instead, Alberta is foregoing the national app to use its own ABTraceTogether contact tracing app, which has so far has only tracked 19 cases, as of November 17.