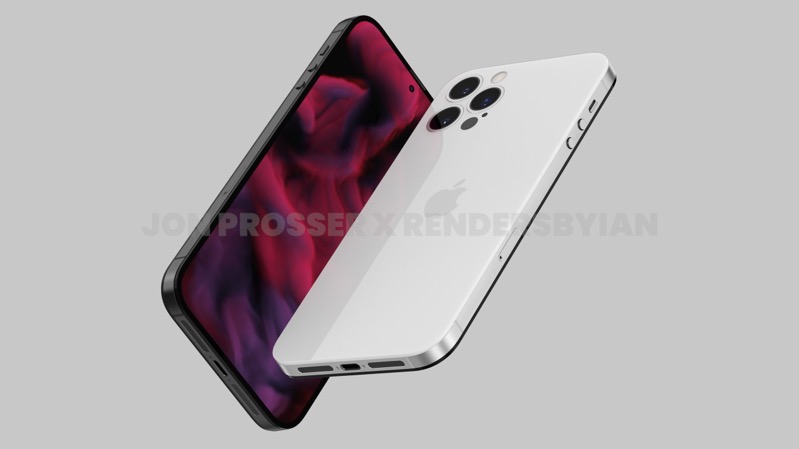 Leaker Jon Prosser from Front Page Tech has shared what he claims is Apple’s next iPhone coming in 2022, or ‘iPhone 14’.

With less than a week before Apple is set to unveil its iPhone 13 line up to the world, Prosser says the 2022 ‘iPhone 14’ design is thicker and the rear camera bump is now gone.

The design doesn’t have a notch on the front display, while the back glass is glossy again, with the Apple logo is now under the glass. The front camera is now part of the display, or a ‘hole punch’, with the ear speaker above the lone camera.

Colours are unconfirmed but below are some ‘iPhone 14 Pro Max’ renders created by Prosser:

The design looks to be a throwback to the iPhone 4. But this time there’s a titanium band along the outside edge, and volume buttons will be round again. The device looks like a modern throwback to the iconic iPhone 4 design.

As for the port of the bottom of ‘iPhone 14’, it’s said to remain Lightning again, still.

Again, take all of this with a grain of salt. Prosser said he sat on this leak for a long time before sharing what he’s learned from sources.