A newly leaked photo published online by techtastic.nl alleging to be of an ‘iPhone 7’, shows redesigned antenna and camera consistent with previous rumours, 9to5Mac reports. While the source has a good track record of leaking accurate photos of iPhone packaging and components found floating around the China, the legitimacy of the photo however cannot be verified at this point. 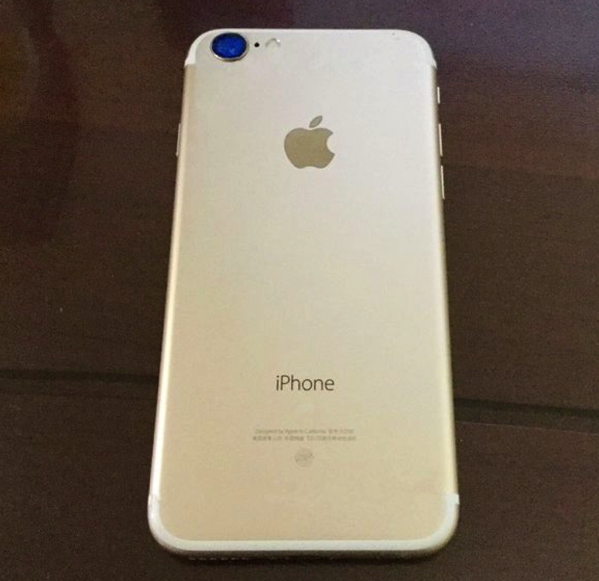 As you can notice in the spy shot above, the camera seems to have a larger opening that is repositioned slightly higher in the upper left corner, which would line up with earlier leaks that detailed rumored improvements coming with the next-generation iPhone’s upgraded camera, such as a dual-camera system. Furthermore, you can notice the redesigned antennas that are redirected along the bottom and top edges of the device to allow for a clean, solid back casing free of the antenna lines present on current iPhone models.

“Several past leaks have claimed to show what the rumored dual-camera system will look like, although there have been variations pictured in recently leaked photos. It’s possible, however, that the camera on some models might look different as Apple is expected to introduce a new dual-camera system on at least some of the new iPhones.

The new design for the antenna shown in the photo above is consistent with previous leaks that started as far back as March. And more leaks back in May claiming to show leaked spy shots of iPhone 7 components with similarly redesigned antenna lines on the back case”.

The overall look of the device however remains pretty much the same as the current generation iPhone 6/6s models, which is not so exciting for iPhone enthusiasts looking forward to this year’s upgrade of Apple’s flagship smartphone.